Week 11: Thinking of wealth as freedom

It isn’t a thing, nor any accumulation of things.

Above all, it isn’t a certain net worth.

There are, after all, people who would feel inexpressibly wealthy to have accumulated an investment of $500,000 by the time they retire, and others for whom $50,000,000 wouldn’t begin to be enough.

Wealth is ‘freedom from’ and ‘freedom to’…

Freedom from financial worry about what will happen to you, and perhaps your spouse and children. No matter how much money you have, if you’re still worried, you’re not wealthy.

Freedom from financial fear is thus a great place to start the planning and goal-setting process.

Wealth also offers freedom to live the kind of life that is meaningful to you. When your investments, as opposed to the toil of your labour, provide sufficient income to live a full and joyful life, then you are truly wealthy – because you are truly free to live entirely as you want. Freedom to choose how your time is spent. The ability to pass some or all of this freedom onto others is perhaps the ultimate wealth, regardless of the numbers involved.

When you think of wealth this way, achieving it is actually quite simple – far more simple than the traditional industry would have you think. This week, I’ve decided to share some ideas to help. 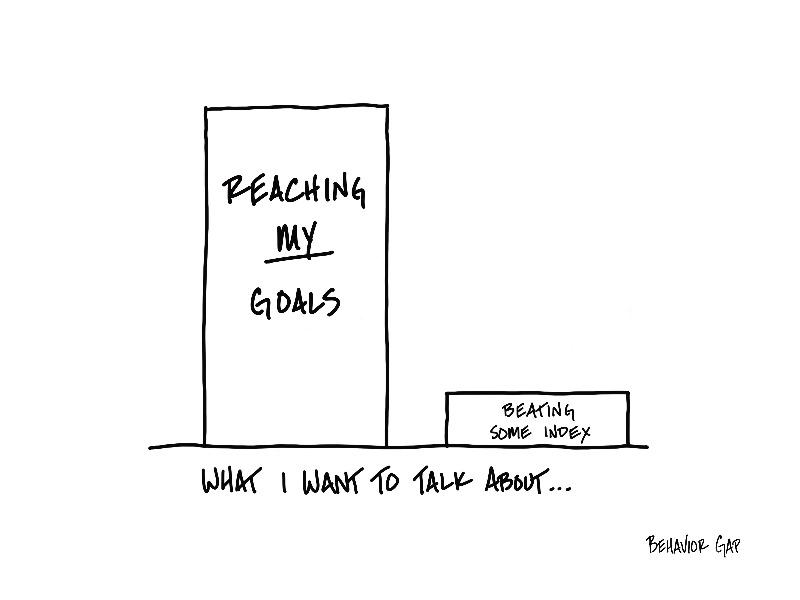 How often do we hear the question, “how much is enough?” Enough will initially be viewed as a financial position, but as this article discusses, more than money, ‘enough’ can be a mental luxury. The ability to assess what really matters. It’s being able to identify our needs, wants and motivations. After all, ‘enough’ can be whittled away very quickly by a lack of contentment.

Hollywood gives us a glimpse into this sense of false contentment. We see famous movie stars who seemingly ‘have it all’. Take Nicholas Cage, for example - two castles, 15 palatial homes, a flotilla of yachts and a squadron of Rolls Royces. No wonder he had catastrophic money losses.

On the contrary, there’s all-round-nice-guy and fantastic actor, Matthew McConaughey, whose prudent financial behaviour allowed him a long break from acting. He had saved enough to stay out of the public eye and refocus. He had the freedom and luxury to turn down opportunities that didn’t align with his values.

Speaking of grandiose ambitions, I wanted to share an interesting podcast with you on 'The Molecule of More: Dopamine'. Dopamine is known as the chemical of love, creativity and addiction. It pushes us to achieve greatness, but it can also lead to our downfall.

Dopamine doesn’t want us to take a break and say "wow, look at all I have and what I’ve done”. It wants to keep us constantly on the run. And since money is so addictive, perhaps understanding this tricky molecule might help us curb our need to accumulate more.

There is a well-documented economic principle called Marginal Utility where, beyond a certain point, having more money will not lead to more security, freedom and happiness. Wouldn't we be better off by focussing on enough rather than more?

I’ve often said investing is a marathon, not a sprint. It takes time along with a long-term, disciplined approach to truly reap the rewards of the market. Morgan Housel uses a tree analogy to explain this and it’s too good not to share. Most young tree saplings spend their early decades under the shade of their mother’s canopy. Limited sunlight means they grow slowly which leads to dense, hard wood.

But if you plant a tree in an open field, free from the shade of bigger trees, the sapling gorges on sunlight and grows quickly, leading to soft, airy wood which is a breeding ground for fungus, disease and ultimately a short life. The learning? Progress is slow and incremental. The patient investor is a successful one.

Finally, as we’re headed into the weekend, a time of rest, don’t mistake idleness for laziness. Resting doesn't mean you lack grit or drive - it means you're human. We all need to ‘do nothing’ sometimes. Sometimes inaction is the best course of action.

What would it take for you to feel truly content, financially and personally?

This week's meditations by James Clear

"Rome wasn't built in a day, but they were laying bricks every hour. You don't have to do it all today. Just lay a brick."

"Greatness is consistency.
Meditating once is common. Meditating daily is rare.
Exercising today is simple. Training every week is simply remarkable.
Writing one essay rarely matters. Write every day and you're practically a hero.
Unheroic days can make for heroic decades."

If you liked this post, please share it using the social buttons at the top, or just forward them this blog.

Have a great weekend and enjoy the ‘light’ reading!

Speaking of Psychology podcast episode 'The Molecule of More: Dopamine'

Damon Brown for Inc. 'Why You May Feel Too Guilty to Rest, and Why You Should Stop'