97 days until the end of the year.

How many of your goals have you achieved?

How many are off track?

I hope this week’s reading inspires you to end the year on a high note.

If you’re struggling to stay on track, perhaps you need to learn to say no.

We agree to many requests not because we want to do them, but because we don't want to be seen as rude, arrogant, or unhelpful.

I like how the economist Tim Harford put it, “Every time we say yes to a request, we are also saying no to anything else we might accomplish with the time.”

Saying no is an important skill to develop at any stage of your career because it retains the most important asset in life: your time.

As the investor Pedro Sorrentino put it, “If you don’t guard your time, people will steal it from you.”

The chance you’ve been waiting for is right here, right now.

The community charity that needs a volunteer fundraiser.

The co-worker who needs coaching on a new presentation.

The friend who would love to hear from you by phone.

Opportunity is another word for a problem to be solved.

And opportunity is often there, but it rarely knocks.

The speech was an excellent response to the big question: How do we live a life that really works?

More of his wisdom in the article.

The biggest takeaway from history is that characters change but behaviours don’t. 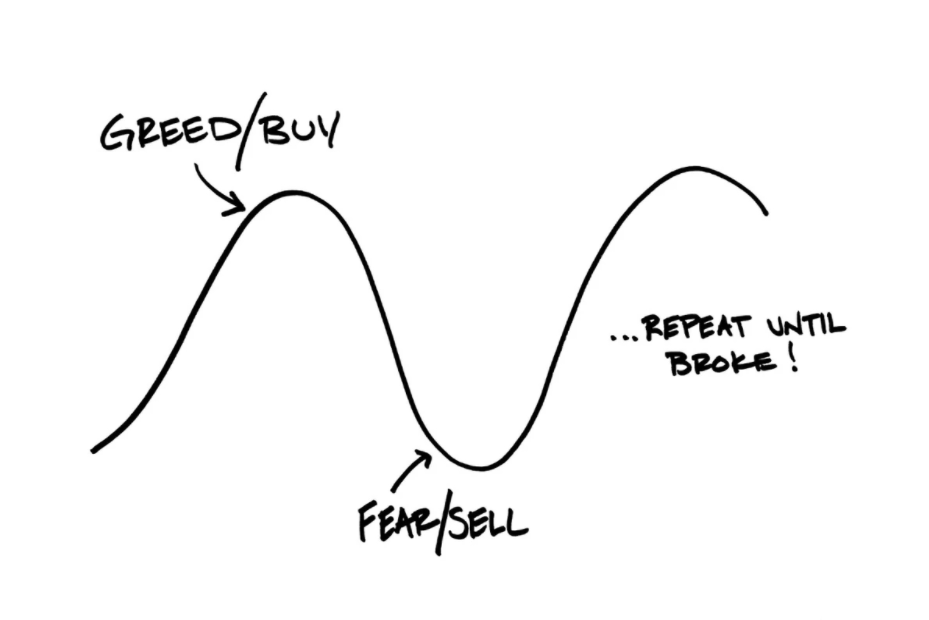 Markets change, but greed and fear never do.

Laws change, but the tribal instincts of politics don’t.

There’ll always be an element of uncertainty in the world, the markets and the future.

Nothing can be predicted.

How you react and behave can make a massive difference in how your future plays out.

David Booth, Executive Chairman and Founder of Dimensional, wrote a personal piece outlining the start of his career and the journey towards creating a more flexible investment solution.

It’s particularly inspiring for business owners and senior executives who might face criticism from those who don’t understand their mission.

David Booth says that despite their excitement to turn academic evidence into a new way of investing, many thought they would fail.

Some even called what they were trying to do “un-American”.

But they didn’t worry about the attacks.

Instead, they focussed on how indexing could improve the lives of investors.

It reminds me of a Malcom X quote: “If you have no critics, you’ll likely have no success.”

An article in Humble Dollar discussed the cardinal investment sin: selling your winners too soon.

A finance professor, Hendrik Bassembinder, wrote an academic paper on the performance of US Stocks between 1926 and 2016.

He found that the best-performing shares, a mere 4% of all stocks, were responsible for the stock market’s entire gain.

If just 4% of stocks—we’ll call them the winners—account for the lion’s share of stock market returns, you had better own them or you’re doomed to underperform the market.

If you invest in total market index funds, you’ll own these winners by default.

As Matt Hall summed in his book, Odds On:

“Most investors try to pick the right investments and time the market’s moves, but their chances of winning are as slim as their chance of beating the house when they walk into a casino. The deck is stacked against them.”

Instead of trying to find a needle in a haystack, just buy the haystack.

Famous sports stars such as Naomi Osaka, Serena Williams, Simone Biles and Michael Phelps have sparked discussions around mental health – not just in sports but the workplace too.

Leaders have the power to ensure everyone feels physically and mentally safe at work.

The time for change is now.

Which of your behaviours stands in the way of your success?

“If you can’t tolerate critics, don’t do anything new or interesting.”  – Jeff Bezos

James Clear's 'The Ultimate Productivity Hack is Saying No'

Seth Godin's 'The Chance You've Been Waiting For'

Farnum Street's 'The Munger Operating System: How to Live a Life That Truly Works'

Dimensional's 'The 50-Year Battle for a Better Way to Invest'