What I'm reading #44: The real meaning of life

Confucius said, "We have two lives, and the second begins when we realise we only have one."

This week, it was a real privilege to arrive at Everest Base Camp with one of the most remarkable men I’ve ever met...

Ali, the mind-bogglingly wealthy owner of the Albwardy Investment Group, at an age far higher than mine, experienced the same ice-cold sleeping bag, the same vomit-inducing garlic soup, and the same discomfort as those ‘friends’ he’d invited upon his ‘holiday’.

Not once did I hear him complain and his leadership example, positive mindset, thoughtfulness, and humility has made me reflect upon my own life decisions and ‘the Everest’ within each of us. 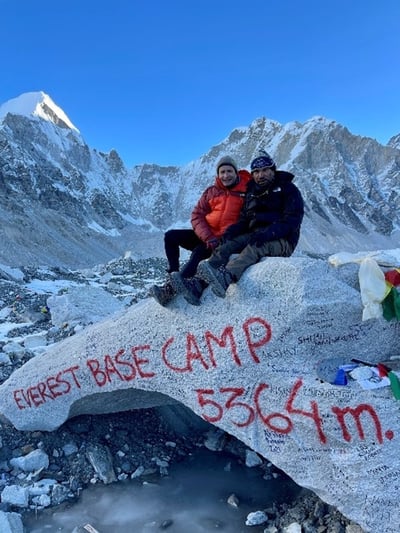 [Sitting with Ali (right) at Everest Base Camp]

One of the best books I’ve read on the pursuit of the world’s highest peak, Mount Everest, is George Mallory’s 'Climbing Everest'.

Mallory was possibly the first man to summit Everest (nobody knows whether he did it), almost 30 years before Edmund Hillary and Tenzing Norgay began their ascent.

It was during his third expedition to Everest that he lost his life, last seen about 800 feet from the summit.

One of my favourite parts from the book is when Mallory shared his reply to a question asked by a journalist about why he would risk his life to attempt to reach the daunting Everest.

Mallory replied, as he mentioned in his book,

“People ask me, ‘What is the use of climbing Mount Everest?’ and my answer must at once be, ‘It is of no use.’ There is not the slightest prospect of any gain whatsoever. Oh, we may learn a little about the behaviour of the human body at high altitudes, and possibly medical men may turn our observation to some account for the purposes of aviation. But otherwise, nothing will come of it. We shall not bring back a single bit of gold or silver, not a gem, nor any coal or iron… If you cannot understand that there is something in man which responds to the challenge of this mountain and goes out to meet it, that the struggle is the struggle of life itself upward and forever upward, then you won’t see why we go. What we get from this adventure is just sheer joy. And joy is, after all the end of life. We do not live to eat and make money. We eat and make money to be able to live. That is what life means and what life is for.”

Everest is the biggest prize of mountain climbing, for obvious reasons.

It is not the most difficult or dangerous mountain, but it invites the adventurous to stand at the ‘top’ of the world, revel above the clouds, look upwards into the void and leave the earth behind. This is what drives people to risk physical exhaustion and death.

Only a tiny fraction of people have ever exalted in that experience and lived to say – “I climbed Mount Everest.”

But for Mallory, this was not recreation or physical challenge, that was not what he sought.

He pursued the pure adventure of climbing.

And he best summarised the avid climber’s pursuit, quoted as having replied to the question “why do you want to climb Mount Everest?” with the retort,

These have been called ‘the most famous three words in mountaineering'.

The mountain provided Mallory a focus. It gave him reason to live, a meaning to his life.

Asking "what is the meaning of life?" sounds serious.

People sometimes think it is a slightly mad question or imagine that the answer must be complicated.

Actually, it’s an important question, and the answer is not too hard to understand.

The meaning of life is about what makes you feel alive.

It may be writing, mountaineering, dancing, investing, collecting items, learning or simply serving others.

It’s as simple as that.

And as Mallory wrote, living is not just about eating and making money.

Ali has enough money for 1,000 lives, but voluntarily thrust himself into the heart of an entirely different arena.

Facing adversities and challenges head on and stepping away from what is comfortable and familiar to us and into the unknown, is what often brings us real joy.

That is what gets us life’s real worth. 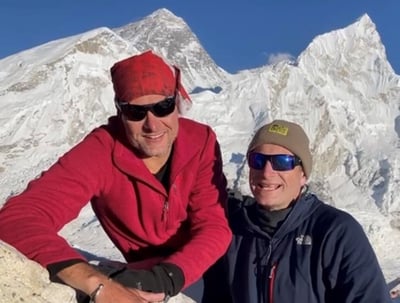 What brings joy and meaning into your life?

“The mystery of human existence lies not in just staying alive, but in finding something to live for” – Fydor Dostoevsky

“Every accomplishment starts with the decision to try”.”  – John F. Kennedy

"The point of goals isn’t to achieve them. The point is who you become on the way to them." - Unknown