What I'm reading #49: Beware the psychology of loss

Last Friday, my colleagues and I cycled 200 miles (325km) for Conquer Cancer UAE.

This was brilliant fun and an important cause.

And it also got me thinking...

What lessons can we all learn from cycling about the psychology of loss?

Lance Armstrong is one of the most controversial figures in sport.

Here was a man who came back from a deadly cancer diagnosis to win the toughest bike race on the planet, the Tour de France.

And he didn't win it just once, but seven times in a row.

However, everything was not as it seemed.

Despite failing only one drug test during those seven years, many people doubted Armstrong.

His story appeared too good to be true.

Despite all the protests, none of the allegations stuck.

Armstrong would brush off any shred of doubt like he was riding past his rivals on the racing route.

That was until his return to professional cycling in 2013.

The pressure on him got so strong that he admitted he owed all the seven Tour de France titles and the millions of dollars in endorsements that followed, to his use of performance-enhancing drugs.

Armstrong had already achieved the impossible by surviving cancer and getting back on the bike.

So, what compelled him to lie so vigorously, and for so long?

He offered this answer in the documentary The Armstrong Lie, when he said,

“I like to win, but more than anything, I can’t stand this idea of losing. Because to me, losing means death.”

Armstrong was averse to losses and was thus committed to not losing.

‘Ironically, this caused him the ultimate loss – that of his reputation’.

The fear of loss, which is often stronger than the pleasure of gain, is what social scientists call ‘loss aversion'.

The theory of loss aversion was first identified by noted psychologists Amos Tversky and Daniel Kahneman in 1979 who explained, using multiple examples, that the psychological pain of losing something is more than twice the pleasure of gaining a similar thing.

For example, the psychological pain of losing, say £1,000, is more than twice as much as the happiness of gaining £1,000. 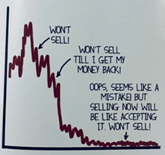 Loss aversion is connected to the sunk cost fallacy and explains why investors would hold on to bad quality, losing stocks, because they could not stand selling them before getting their money back.

Or why investors would quickly sell their high quality, profitable stocks, to avoid losing out on their paper profits.

It also explains why we over-insure ourselves because insurance agents demonstrate the potential, costly losses we or our families would incur without ‘adequate’ insurance.

Now, loss aversion is not all that bad.

In fact, from an evolutionary point of view, it makes a lot of sense.

For an organism operating close to the edge of survival, the loss of a day’s food could cause death, whereas the gain of an extra day’s food would not necessarily cause an extra day of life.

Our ancestors who avoided losses, like diseases or predation, were able to survive and procreate.

You exist because a lot of people in your past avoided losses as much as possible.

You must also try to avoid losses when you are living on the edge or dealing with matters of life and death.

But, apart from that, be careful of the deviousness of this bias.

Removing yourself from the situation by pretending you are advising a friend is a good way to handle loss aversion.

Turns out fear of loss does not impact the quality of our decisions when we are deciding for someone else.

Also, keeping in mind that gaining can be just as powerful as avoiding a loss, is a useful tool to get over loss aversion.

Evolution is what caused loss aversion, but by simply understanding what it is and how it affects you, it makes it more likely you will be aware of when it might be impacting your judgement.

Losses and mistakes are part of everyday life.

Learn to move on.

Back to finance and earlier this week, I read about how inflation looks set to 'comfortably exceed 5%' next spring. 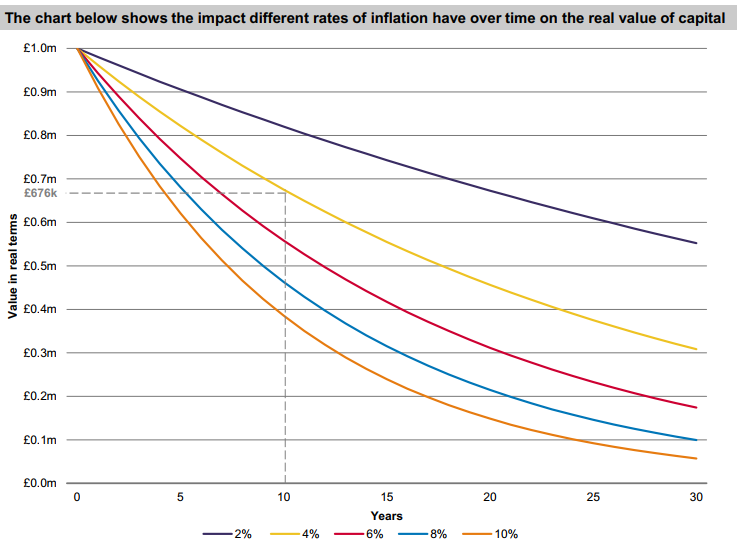 How is this hidden loss eroding your future opportunity?

A few questions for you

Are you interested in supporting the Conquer Cancer initiative?  You can donate here.

Are you a keen cyclist in Dubai? Why not join our AES cycling group and share your own experiences of this incredible pasttime. Drop me an email at samuel.instone@aesinternational.com and I will link you up to our community. You might even get a free T-shirt...

“Mistakes are the usual bridge between inexperience and wisdom.” - Phyliss Theroux

“There come a time in every race when a competitor meets the real opponent and understands that it’s himself.” - Lance Armstrong