From next March, expats who want to take out a mortgage on their UK property to rent them out, will be affected by a tougher new affordability test because of a new EU directive coming into force. Currently, expats already need the permission of their expat mortgage lender to rent out their UK property but this latest crack down on mortgage lending criteria will make it increasingly hard for UK expats to maintain a property back home.

With around 350,000 people leaving Britain each year to live and work overseas, many want to keep a home back in the UK so they can return one day. Some stay abroad for many years and opt to let out their main residence rather than sell it, so they can keep a foothold in the UK property market, as well as generating rental income. 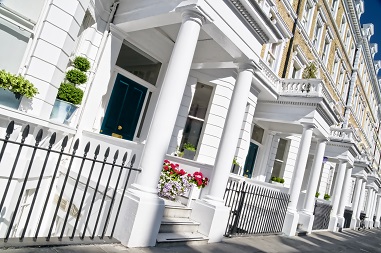 All expats who take out new mortgages from next March are expected to be affected because they will be taking out foreign currency mortgages (that is: a mortgage repayable in a currency other than the currency of the country in which the borrower resides). For example, expats living in Spain who take out a UK mortgage on their UK home will typically borrow in sterling. However, they will be living and working in Spain and therefore paid in Euros, a foreign currency for the purposes of UK mortgage lending under the Financial Conduct Authority (FCA) rules.

The requirements in the new European Mortgage Directive mean that mortgage lenders must consider the exchange rate risks when lending to expatriates, proposing to rent their homes. The new rule comes on top of the more stringent 'stress tests' on new mortgage applications that came in April of this year. This new rule means lenders will check to see if a mortgagee can afford the rate over the next 5 years, considering anticipated interest rate rises.

With less than 6 months to go until the tougher mortgage lending standards are expected to come into force, expats looking to re-mortgage their UK properties should consider doing so as quickly as possible. Add in the increasing likelihood of interest rate rises coming in the first half of next year, and re-mortgaging now looks like a good time to lock in a low rate and avoid the tougher new lending rules.