Investors! You're not as smart as you think you are

…but don’t worry! Neither are they!

Why is it when financial markets crash, barely anyone ever sees it coming? There are often a few people who crawl out of the woodwork after the event and who claim they predicted it. Some of these claims even stand up to scrutiny. But largely – or else markets wouldn’t crash – no one sees it coming.

One person who is almost universally accepted to have predicted the 2007/2008 financial crisis is an economist called Dr Nouriel Roubini – now known more commonly as “Dr Doom”. 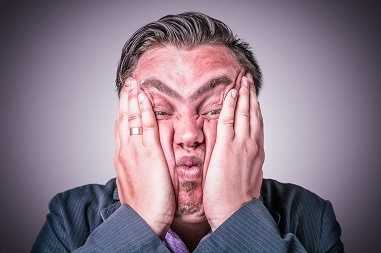 Dr Doom made his prediction in the year before the crash, explaining that the US economy was in a dangerous position due to a bubble in the housing market. It didn’t exactly capture the full reasons for the crash, but he was undoubtedly right. So well done Dr Doom! Superstar economist, man to trust, surely?

Well, not exactly. You see, Dr Doom had also predicted markets would crash in 2004, 2005 and 2006, until eventually correctly forecasting one for 2007. If you had listened to him, and taken your money out of the markets in those three previous years, you would have missed the biggest bull run of the noughties.

Dr Doom’s claims are laid bare in a fascinating piece of research called the “Economic Predictions Research Project”. It was conducted through 2011 and 2012 by two US university students who “were disillusioned by our professors and the academic curriculum at our universities”.

As well as casting doubt over the validity of some economists’ and other financial experts’ claims to have predicted the 2007/2008 financial crisis, it shows how often economists simply get it wrong.

One of the financial experts reviewed in the research, who seems to more consistently and accurately forecast economic events, is called Med Jones. But what does Med Jones make of economic forecasts, particularly to base investment decisions on?

“I'm not an economist and I do not advise anyone to invest based on my outlook of the economy without conducting their own due diligence.

“If my research findings help you, then good for you. The truth is that when people invest on Wall Street, they are essentially making bets and guesstimates about the future.”

Should I listen to forecasts when investing?

There is nothing wrong with being aware of general, long term investment or economic trends, but don’t try to guess what is going to happen next.

Build a low cost portfolio suitable to your risk profile and stick with it. Every time you try to guess what will happen next, the chances are, you will be wrong – just like the economists and other experts who have spent years studying, make a living out of it (unbelievably!) and yet still consistently get it wrong.

For some tips and advice on how to construct an investment portfolio, click the link below to download our free guide.