Why investors are optimistic about 2021

Now, as the year draws to a close, there's an overriding feeling of bullishness and optimism going into 2021.

Here's a look at what happened this year in the markets.

How did you respond?

Several commentators have suggested 2021 looks like it could be a "very, very good year".

A far cry from what many expected a few short months ago.

This year has taught us that capital markets will ultimately reflect what's happening in the world.

These ebbs and flows are out of our control.

And why this year, like all others, shouldn't dictate your approach to investing in the future.

January and early February saw equities rising to all-time highs thanks to continued strong momentum from the end of 2019.

In the second half of February, however, mounting fears of COVID-19 started to take hold.

The global economy abruptly tumbled into a deep recession.

With businesses forced to close and countries locked down to contain the spread of the virus, global markets posted their worst three-month decline since the Great Financial Crisis.

In just 33 days during February and March, the S&P 500 plummeted nearly 34%, it's fastest-ever descent into a bear market.

Companies in the travel and entertainment sectors, so called BEACH stocks (Booking, Entertainment & Live Events, Airlines, Cruises & Casinos and Hotels & Resorts), were some of the hardest hit.

Energy stocks also suffered; and US oil prices turned negative for the first time on record as the price crashed to -$38 a barrel. 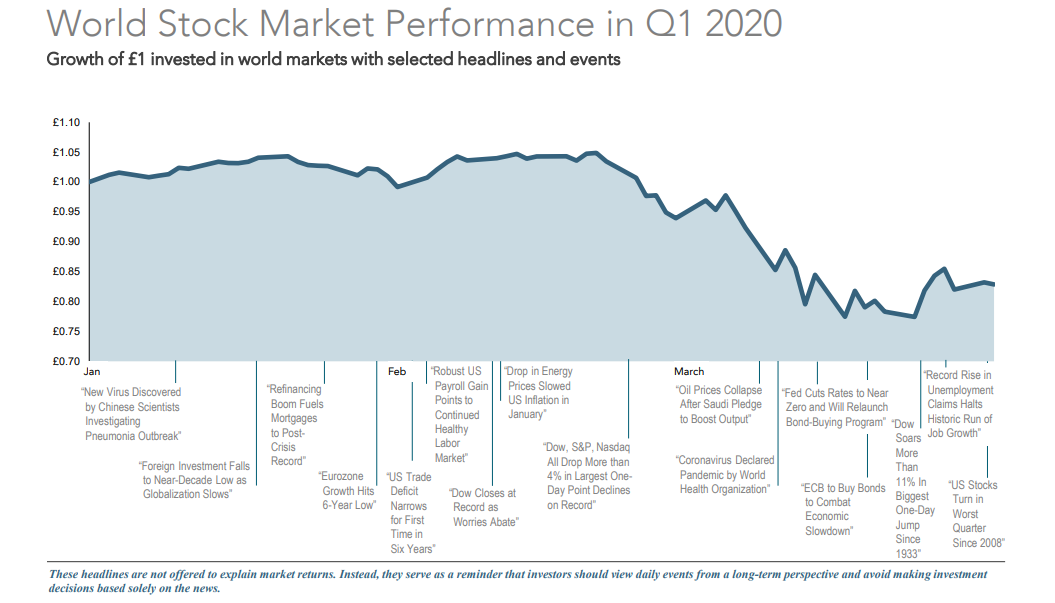 Quarter 2 and 3 - A surprising rebound

Stocks, bonds, currencies and commodities (with the notable exception of oil) bounced back with a vengeance.

The S&P 500 rebounded over 30% from its bottom on 23 March to the end of April and reached a new record-high by mid-August, then went on to notch one new all-time high after another.

Into May and June, some companies began to show they were adapting and indeed benefitting from the lockdown environment, particularly technology and e-commerce like Zoom and Amazon.

The market continued to climb without issues across Q2 and Q3, in stark contrast to what was happening in the world.

In the second quarter, the S&P 500 had its best performing quarter since 1998. 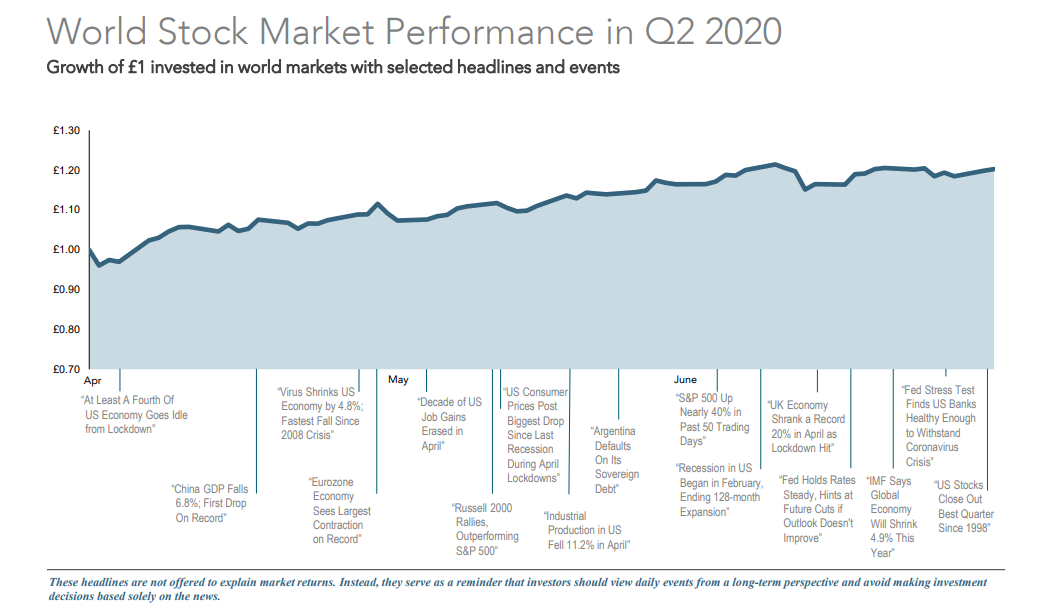 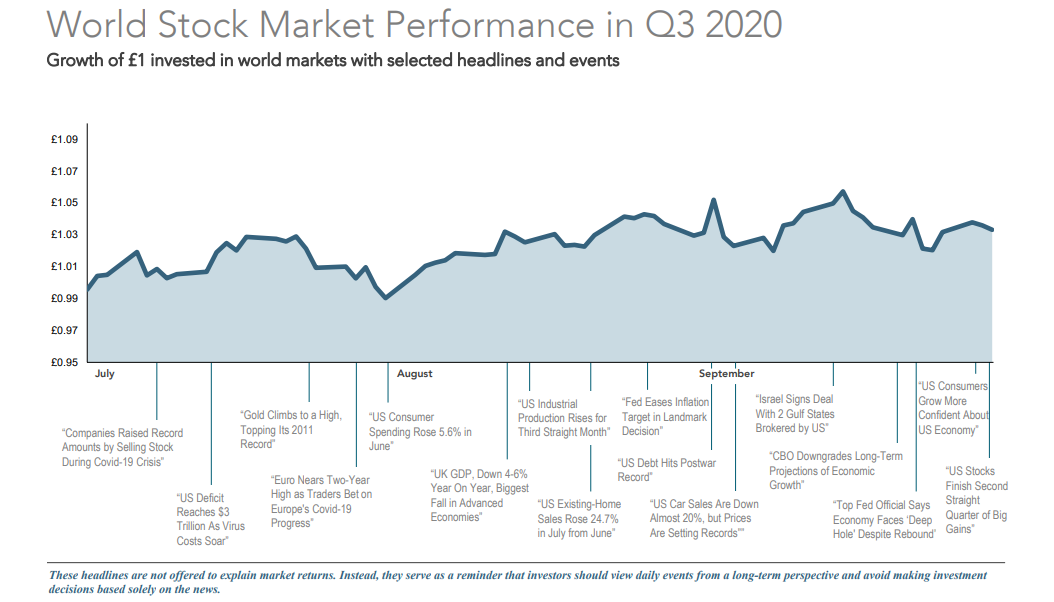 What was touted as the big event of the year, the US election, passed reasonably quietly.

The announcement of three vaccines fuelled the post-US election rally.

The prospect of potential cures to allow at least a gradual return to normalcy prompted another significant upturn; and the S&P 500 has reached an all-time high in December.

Looking towards the end of the year, the addition of Tesla, the largest ever company by market value to join the S&P 500, will immediately see its weighting be worth between 1.5% and 1.6% of the total index.

To put that into perspective, every $11 move for Tesla will swing the entire S&P 500 by nearly a point.

The US election and progress on a vaccine have been constructive and added optimism in the markets.

Goldman Sachs reported over $100 billion of equity in the month of November, which is the most on record.

While it's important to remain wary of predictions...

The above isn't just attributable to COVID-19.

In investing, the unprecedented occurs with regularity.

Market ups and downs are inevitable.

As investors, the hardest part of the process is our own mindset.

It's in the most challenging times that we need to remember our goals, stay patient and maintain discipline.

Capital market volatility is the price of admission to being rewarded with long-term returns, more than those available from other asset classes.

Looking back, I hope you reaped the rewards of a vintage year and we are looking forward to the next.

If you're not sure you did - you're welcome to a free second opinion and portfolio analysis on how best to capitalise on future market returns.