Last month, I wrote an article that proved popular for all the wrong reasons.

Entitled 5 things wrong with DIY investing, I received messages from expats who disagreed with me.

Here it is - summarised best in one expat’s own words:

“It is better to DIY because it’s far worse when someone else loses your money – it’s better to lose your own.”

…each was unwilling to trust a financial adviser ever again… 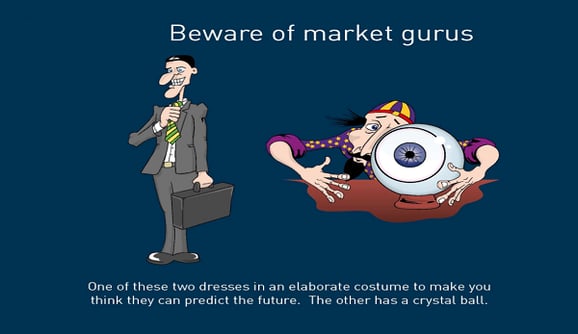 One expat from Malaysia summarised the problem perfectly:

“The entire market for financial advice in Malaysia has been tainted.  All expats I know say avoid IFAs like the plague.  The only ones I know that use them are either lazy or have more money than sense, or simply haven’t learned yet how they have been ripped off.  I've got soooo many examples of mates being ripped off....”

Nearly every expat I have ever met has made serious mistakes with their money.

Differentiating between the 1% of advisers who legally put your interest ahead of their own, and the 99% of financial salespeople who don’t is hard.

And, because the best salespeople are charming and charismatic, when an expat is befriended, rinsed and then abandoned, their trust is also devastated. 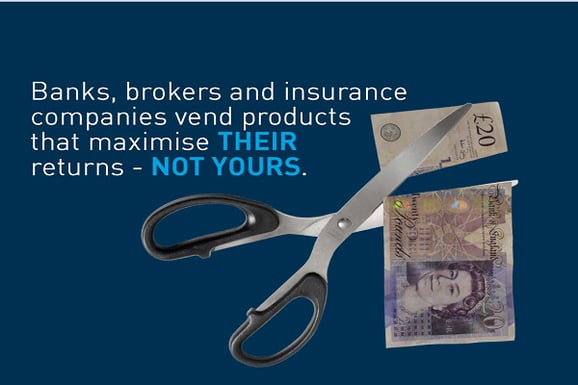 If this has happened to you, I am sympathetic to your plight.

But a cup of tea and my sympathy isn’t going to help.

What may help is a little bit of insider knowledge.

It’s a precis of the responses I sent to those who contacted me about my article:

“I read stories like yours and I entirely agree with all your points - but the reality is, with more due diligence you would have avoided the salespeople.  A professional financial planner in my view would: -

B. Be fee-based (commission-based sales people are conflicted – think twice before taking their ‘advice’)

D. Show you how to reduce your Total Expense Ratio (not increase it)”

The world is full of people who want to take your money, and the saying goes that a fool and his money are soon parted.

In other words, a lack of knowledge leads to situations such as these – and unless you come to terms with the right way to get professional advice and the wrong way to get sold expensive, inflexible and opaque financial products, the cycle will continue.

Every single day at AES we receive calls from expats asking for our help.

They’ve often been misled by the financial industry, and they need help getting back on track.

Arguably, these are the lucky few…

Whilst they may have lost money, they haven’t lost their ability to learn from earlier mistakes.

And they understand exactly what’s happened to them – i.e., by trusting a broker (the 99%) instead of a fiduciary (the 1%) they’ve made an expensive mistake…

To get back on track, they know they need help from a chartered, fee-based, unbiased adviser…

Research by Vanguard quantifies the value a financial adviser like this – a fiduciary – can add to an investor’s portfolio.

They put the figure at about +3% net per annum – that’s the difference between the return investors might achieve with an adviser, and the return they might otherwise achieve on their own…

But what about the value fiduciaries can bring to bear for expats who’ve been conned? 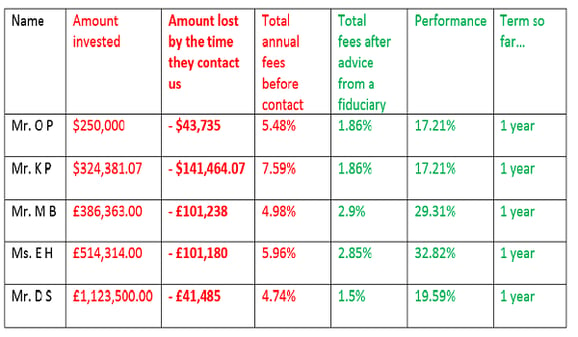 If you can relate to the foregoing…

…trust me - you cannot undo the damage by doing nothing…

3 ideas that may just help 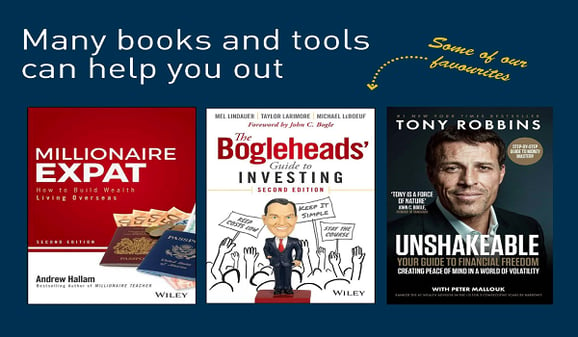