Some investments in your portfolio perform really well.

They probably garner your best results and have great profit margins.

But they could be sitting there wasting away, even though they’ve already proven their worth, if your other investments are underperforming.

But all hope is not lost!

You can revive your entire portfolio with a few tweaks to your underperforming investments.

Here’s how to give your finances a facelift, using 2 real life case studies of investors.

How to transform your investment portfolio in just 12 months.

I’ve changed the names in these case studies, but every other detail is real.

In March 2016, she came to see us at AES because she was looking for a financial planner to help her.

In terms of the investments, 48% of Jennifer’s money was invested in collectives / funds, 40% in cash, and 12% in structured products.

She was paying 3% per annum in costs - however, she’d paid very high initial commission on the bond and the structured products and would pay more if she surrendered.

The salesperson who’d selected her investments created a portfolio that was inappropriate, poorly diversified, expensive and sub-standard.

Our recommendation was to switch to an investment portfolio that was in line with her own goals and objectives, and which would ultimately reduce her costs.

For Jennifer, global diversification across asset classes, industry sectors and company types was achieved by investing in exchange traded funds (ETFs), and her total diversification was across 5,000+ global equities / shares.

Once we’d worked with her to define how much risk she was willing, able and needed to take, we moved 65% of her investment into lower-risk defensive assets, i.e. global fixed interest (government gilts and corporate bonds), and 35% was invested in higher-risk growth assets, i.e. global equities / shares including emerging market shares.

In terms of allocation to emerging markets, it was 4% (i.e. 12% of the equity / share strategy) which is consistent with global capital markets.

We rebalance Jennifer’s portfolio for her annually, and it’s continuing to go from strength to strength.

He too was looking for a financial planner to help him.

65% of the value of Richard’s FPI Bond was invested in collectives / funds, 33% in structured products, and 2% in cash.

Like Jennifer, Richard was also paying 3% per annum in costs and had paid high initial commission on the bond and the structured products within it.

Despite using a different salesperson to Jennifer to establish his bond and select his investments, Richard’s portfolio selection was equally as inappropriate, poorly diversified, expensive and sub-standard. 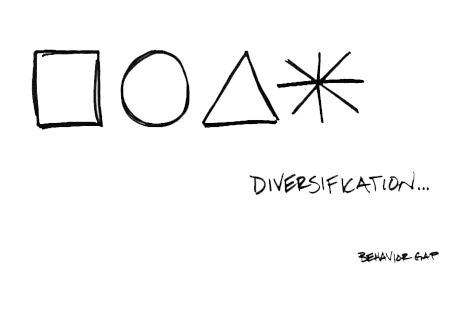 Understandably, Richard did not want to lose any further money, and chose not to surrender his bond.

Our recommendation was to switch to a portfolio in line with his own goals and objectives, which would reduce his costs.

We applied the same investment approach as in Jennifer’s case.

If you have an offshore investment bond that’s losing you money, or costly investments wasting your money, get in touch.