2,000% insane gains! But is it too late to invest in bitcoin? (Includes infographic)

I hate being wrong.

But, because I agree with Warren Buffett who said: “It’s better to point out your own mistakes than have somebody else do it” - I have something I need to tell you…

Last year I wrote an article about investing in bitcoin.

Having surged almost 150% in the six months before I penned the article, I wrote “I’d wager that that horse has probably already bolted…”

Bitcoin has continued its unrelenting rise, surging about 2,000% in the last 12 months.

It’s experiencing intense media scrutiny as a result, and from the end of 2017, the Chicago Mercantile Exchange is now allowing you to bet on whether you think bitcoin will continue its rise in the months ahead.

All that really begs three questions:

Where to begin with the bitcoin bubble?

Perhaps a good place to begin is by examining the different roles different asset classes play within your well-diversified portfolio – and trying to figure out where bitcoin fits in.

Starting with stocks and bonds…

If a company wants to raise external capital to finance a venture it believes will create future profits, it issues stock for sale.

Simply put, stocks offer you, as an investor, a residual claim on that company’s future profits.

When a company issues a corporate bond on the other hand, it’s offering you a promised stream of future cash flows, including the repayment of your investment.

The price of a stock or a bond reflects the return you demand in order to exchange your cash today for an uncertain but greater amount of expected cash in the future.

By investing in stocks and bonds, you expect to grow your wealth.

Holding cash assets isn’t about growing wealth or hoping for a stream of future cash flow.

One pound or dollar in your wallet today doesn’t entitle you to more pounds or dollars tomorrow.

And nowadays, with terrible interest rates on cash savings, you can’t expect a positive return from holding cash in one or more currencies unless you can predict when one currency will appreciate or depreciate relative to the others.

However, long-term academic evidence overwhelmingly suggests that short-term currency movements are entirely unpredictable – meaning there’s no reliable way to earn a positive return just by holding cash, regardless of its currency.

Holding cash is about having a liquidity reserve - to pay for goods and services for example…it’s not a realistic investment for growth.

But what about bitcoin?

Where does bitcoin – a cryptocurrency – fit in to your portfolio?

Unlike traditional currencies, there are no paper notes or metal coins involved in the bitcoin bubble.

There’s no central bank issuing the currency, and no regulator or nation state standing behind it.

Bitcoins are just a form of code made by a computer – and you store them in a digital wallet rather than in a bank account or a physical purse. 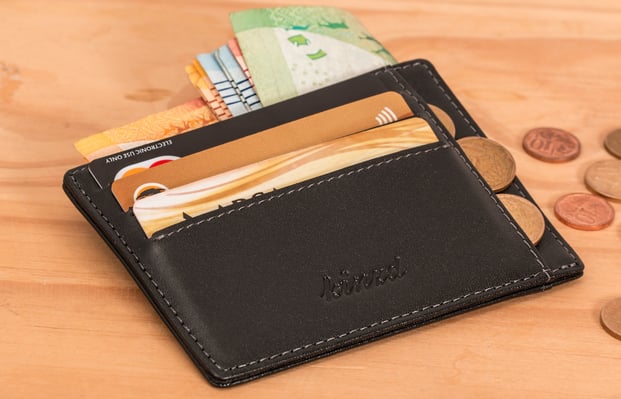 There’s a finite number of bitcoins - 21 million to be precise – and about 16 million are in circulation already, having been “mined”.

So, is holding bitcoins like holding cash in any other currency?

Also, a lot of volatility has occurred in the exchange rates between bitcoins and traditional currencies.

That volatility implies uncertainty, even in the near-term, in the amount of future goods and services your bitcoins will be able to purchase…

This uncertainty, combined with high transaction costs to convert bitcoins into usable currency, suggests to me that it falls short as a cash substitute.

Of course, that may change in the future if it becomes common practice to pay for all goods and services using bitcoins, and if transaction costs fall.

But until then, if bitcoin is not currently practical as a substitute for cash, can you expect its value to continue to appreciate, making it a substitute for the stocks and bonds in your portfolio instead?

Because the value of bitcoin is directly related to supply and demand…and there’s a finite supply as mentioned earlier, maybe bitcoin is an investible asset worthy of your consideration.

As the number of bitcoins mined and entering circulation slowly rises, an upper limit could soon be reached, implying limited future supply…which could push the cost of bitcoin up and up and up.

According to Dimensional Fund Advisers:

The only thing that’s certain is uncertainty…

With bitcoin, there’s uncertainty relating to:

And all of this uncertainty, and the probabilities of high - or low - future supply or demand are already factored in to the price of bitcoins today.

In other words, the price of bitcoin is fair because investors are willingly transacting at that price.

One investor does not have some secret and unfair advantage over another in determining if the true probability of future demand will be different to what is reflected in bitcoin’s price today.

But does that mean you should invest in bitcoin – and that it is a worthwhile investible asset?

There is no reliable way to predict by how much and when any appreciation or depreciation of any currency will occur.

You cannot expect to receive more bitcoins in the future just by holding one bitcoin today.

Just like pounds and dollars, bitcoins don’t entitle holders to an expected stream of future bitcoins, and they don’t entitle the holder to a residual claim on the future profits of any global corporation either. 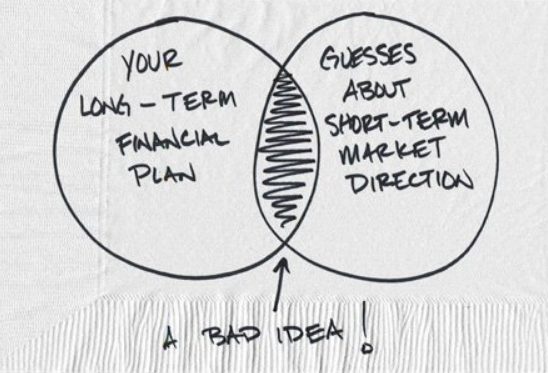 So, what does the future hold: for bitcoin, blockchain and investment bubbles?

Having already set out my stall in July 2017, today more people than ever are warning that bitcoin is a bubble about to spectacularly burst.

Blockchain, on the other hand, is much more interesting than bitcoin.

The underlying technology that enables the trading of bitcoins and other digital assets is innovative, and arguably leading the charge for positive change in global financial systems…

It has significant implications for the future of financial industries – however these effects may take some years to emerge.

So, as an investor – what can and should you do with all this information?

When it comes to designing your portfolio, the best place to start is not with opinions and speculation, but with your goals.

This approach, combined with an understanding of the characteristics of each eligible asset type, provides a good framework for you to decide which securities deserve a place in your portfolio – and the balance of assets you should hold.

Therefore, because bitcoin doesn’t help you achieve any of these financial goals, I don’t believe it warrants a place in any portfolio that’s designed to meet one or more of such goals.

For the securities that you decide make the cut for your portfolio, their weight in the total market of all investable securities provides the baseline for deciding how much of your portfolio should be allocated to that security…

What percentage of all eligible investments do the value of all bitcoins represent?

Well, when compared to global stocks, bonds, and traditional currencies, their market value is tiny.

The total value of bitcoin in circulation is less than one tenth of 1% of the aggregate value of global stocks and bonds.

So, if for some reason you decide bitcoins are a good investment, Dimensional says their weight in your well-diversified investment portfolio should be equally as tiny.

I started with an admission and a Warren Buffet quotation…so I’ll end the same way.

Yes, I was wrong in July last year when I said that horse had bolted…

But I was not wrong when I wrote:

I don’t believe bitcoin is an investible asset worthy of your consideration.

And I agree with Warren Buffett who said:

“I think the worst mistake you can make in stocks is to buy or sell based on current headlines.”