What's stopping you from committing to your and your family's goals?

As a family person, your life is rarely your own.

You're balancing work and family with living life on your terms.

Not only does it mean keeping a tight grip on how you spend your time...

But also how you spend your money...

And set goals for the future.

In 2011 my good friend, Andrew Hallam, wrote a best-seller explaining how he became a millionaire on a teacher’s salary.

Back then, this was a monumental feat.

But £1 million today doesn't have the same value.

By the time you retire, it will be worth even less.

For your millennial children, and even school-going children...

It will shrink even more with each generation. 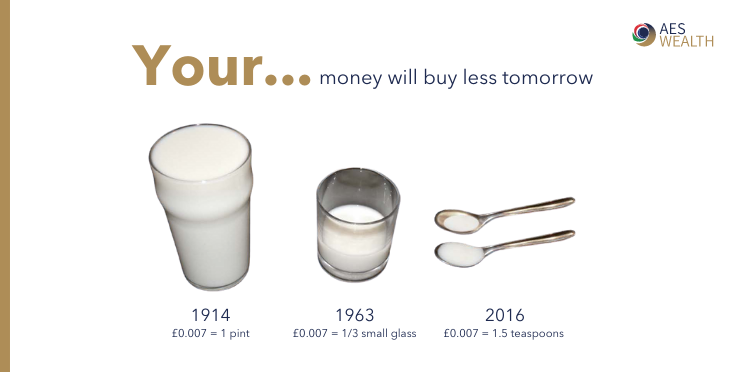 Puts things in perspective doesn’t it.

Everyone’s so busy planning their blissful non-working days, they forget to consider other important costs.

Things like taking care of their family's needs, housing and medical...

This is no longer the case.

This number has dropped to nearly half each day.

According to The Motley Fool…

Every 1 in 4 baby boomers have no retirement savings.

It's unsettling to think after years of hard work, you may need to continue working well into your golden years just to make ends meet.

All those great ambitions of spending more time with your children and grandchildren are swept away. 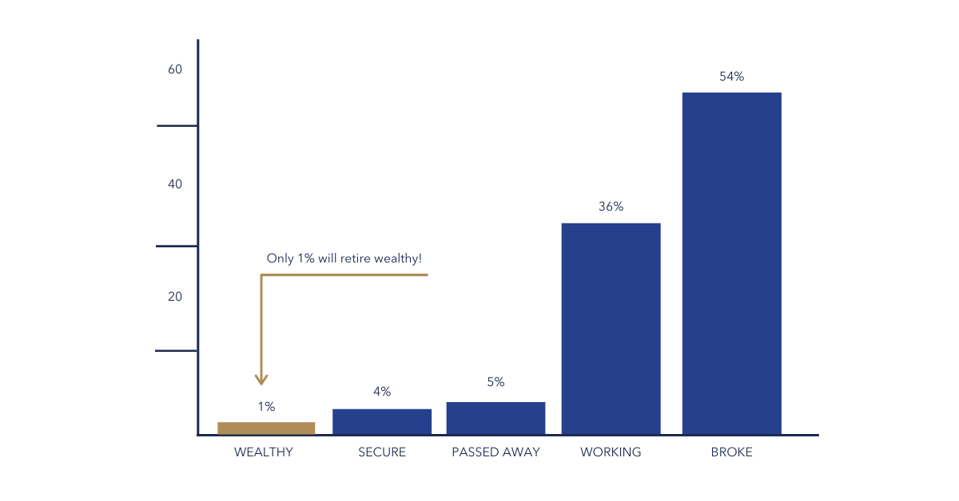 We have to ask ourselves: “how did we get here”?

More importantly, how can we avoid a personal retirement crisis?

“I still have years ahead of me - I'll start investing then”

It’s easy to find an excuse to not save.

Or not save enough.

But those who save sooner rather than later…

Not only contribute less but also have compounding work harder for them.

Let’s take the seemingly ambitious goal of retiring with £10 million.

This is illustrative of course.

However, considering how inflation erodes the value of money over time...

Ten years from now, who knows what a 20-year-old might earn?

Most of our clients are management consultants, bankers, lawyers, engineers and other professionals.

The reality is that hard work is typically rewarded with partnership.

Salaries and bonuses get bigger every year.

When these pay days happen – we encourage them to invest spare capital, not to speculate or take undue risks.

“My company’s pension plan will fund my retirement”

One of our clients had a rude wake-up call.

A senior executive at an oil and gas company, earning a lucrative salary with benefits…

He expected a large pay-out from his company’s pension plan.

However, on his last working day, the company broke the news…

They had unknowingly shifted pensions based on final salaries at retirement age to cheaper ones based on a ‘career average’ salary.

The pay-out he looked forward to was slashed by 25%.

Hitting him like a ton of bricks, he needed to make urgent decisions.

He didn’t have the benefit of time on his side.

So, he downsized his villa to a humble 2-bedroom apartment and sold his luxury car, placing the earnings from both into an index fund.

The tropical holiday he planned for himself and his wife were temporarily put on hold.

Now, slowly able to rebuild his wealth, he makes sure others learn from his mistakes.

“Don’t rely on your company’s pension scheme. Always have a separate investment that can bridge any possible savings gap”, he says.

I’m going to be radically transparent…

People only lost money in 2008, because they panicked and withdrew their investments.

Those who remained calm and rode out the storm made tremendous comebacks.

Investors who left the market missed out on the opportunity to make up their losses, and more.

Not to mention those who never bought back into the market, missed out on the longest bull run in history.

Of course, that bull run came to an end in 2020, but the markets are resilient.

What goes down, comes back up again.

Nothing proves this more than the record highs and lows we recently experienced.

Sometimes these happened within the space of days, sometimes hours, of each other.

It's not easy seeing the value of your investments rise and fall.

And to feel as though all your and your family's future plans are at the peril of the markets.

But those numbers are only tangible once you react and lock in those losses.

Looking at this graph from Dimensional, you can see the value in remaining invested despite volatility.

Time waits for no one.

With proper financial planning, you'll discover you don't need to sacrifice in order to balance the needs of today with the wants of tomorrow.

You can look after your family, give your children a head start in life, buy a family home and enjoy the retirement you deserve...

If you simply commit yourself to having a plan.

Then, remaining disciplined, focussed and resilient.

All the information you need to empower your financial decisions is one click away.