New listings on the FTSE hit record levels in 2014 – are they worth a punt?

Learning to spot a good IPO could be your ticket to high returns, but is it worth the risk?

Last year saw a flurry of activity on the London Stock Exchange, with almost 140 companies making an initial public offering (IPO) – the highest number since 2007, just before the global financial crisis - raising a total of £16.9bn.

Looking specifically at the FTSE 100, there were a total of 30 IPOs during the course of the year – but would it have been worth investing in them?

June was a particularly busy month, with 11 companies listing. Interestingly, those 11 companies also generated the highest average returns at 32.2% – nearly triple the average for the full year.

The reason the returns aren’t higher, of course, is because there were a number of IPOs which didn’t go according to plan. 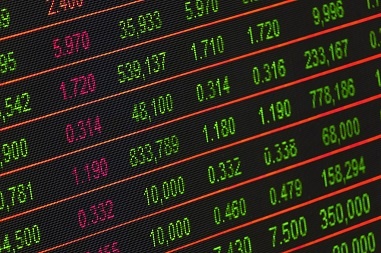 In total, 11 companies which floated on the FTSE 100 underperformed. One of the worst cases was Intelligent Energy, which fell by around 40% versus the FTSE.

A couple of other notable disappointments were Gulf Marine – an Abu Dhabi based company servicing the energy sector – which sank by 25.8%, and Exova – another company with links to the energy industry – which underperformed by 27%.

Aside from energy related companies, there were a few others which failed to ignite investor confidence. Pets at Home fell by 17.4%, while the over 50s specialist Saga also slumped 11.7%.

Conversely, there were many companies which began their life as a listed company successfully. Two of which – Game Digital and Spire – managed to generate returns of more than 80%. In fact, there were 11 companies which generated 20% or more than the average return on the FTSE 100 over the year.

So: easy then. All you needed to know at the beginning of 2014 was that oil would sink to record lows and therefore not to buy energy related stocks and that high street video game retailer, Game Digital, was going to increase revenue by a third and that its flotation would be a huge success…

Of course, if it was that easy…

One of the problems, or challenges, with IPOs is the lack of information. Because the company is listing for the first time, there is relatively little publically available information about it. More often than not, investors have only the limited information provided in prospectuses by investment banks such as JP Morgan and Goldman Sachs who are underwriting (and profiting) from the flotation.

Take gaming for example. In 2009, successful Chinese company Shanda Games listed on the American tech index the NASDAQ. Before listing, the underwriters – who happen to be JP Morgan and Goldman Sachs in this case – bumped up the number of shares being listed from 63 million to 83.5 million at the last minute and set the starting price at $12.50 – right at the top of the pricing spectrum.

At first it was a huge success, raising $1.04bn. However, because the price was set so high and because the number of shares available was increased, of those people left who had yet to buy shares, very few were prepared to pay top dollar in the secondary market.

Without further investors, support for the share price was gone and it dropped 14% on its second day of trading. The shares have never really recovered and it is currently more than 45% down on its October 2009 starting price, according to Google Finance.

The lesson from Shanda Games is that even a very good, profitable company can fail when it comes to an IPO. Sometimes companies do surprise significantly on the upside, but even then, knowing when to sell is an art of its own.

David Norton, head of investments at AES International, suggests that most investors may be better off leaving it to the experts.

“IPOs carry too much risk for the majority of our clients, so we rely on our partner fund managers to gain an appropriate level of exposure to them in the context of a diversified equity allocation,” said Norton.

“Investing in an IPO needs thorough research and a long term value approach; anything else is akin to gambling.”