Non-UK-domiciled tax benefits - could they help you?

Hundreds of wealthy UK expats are believed to be looking into the tax advantages of claiming non-dom status in the UK, according to international financial adviser AES International.

According to the last figures released from HMRC (2013), there were 116,000 registered non-domiciled individuals (tax year 2010/11). More recent figures are hard to come by. However, the amount of UK tax that wealthy expatriates may face if they return home is pushing more and more British citizens to explore the option of the non-domicile route with their professional advisers.

Thinking of expats who may have an amount of wealth at stake, in this blog we look at the definition of non-domicile and also what factors may make someone eligible to claim non-domicile status and the associated tax benefits.

An individual’s domicile status is an important defining characteristic for the purposes of UK tax law. It is different from tax residency status and has significant implications. A person’s domicile can be described as their permanent home and where they ultimately intend to live indefinitely. This may be different from the country they currently live in. 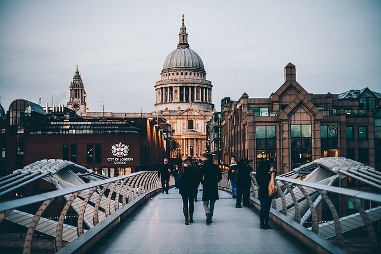 At birth, each individual acquires a domicile (that of one or other parent).

If you move to the UK and become resident, and also intend to remain there permanently, you will acquire the UK as domicile of choice. It is important to note that if you are domiciled outside the UK, you can move to the UK to live and work without becoming UK domiciled, provided that you do not intend to remain in the UK permanently. You will also have to maintain links back to your home country.

What is clear from these UK domicile rules is that professional advice is vital if you are to piece together the important areas and steps needed to start to put forward a case to HMRC for non-domicile status.

In future blogs, we will look further at the non-domicile issue and other UK tax matters that affect British expats.