This will get a few of you up in arms. But if you want to hear a bunch of comforting lies then you've subscribed to the wrong blog

This morning, a ‘precious metals' conference was promoted on the radio.

I’m tired of the media portraying gold as a good investment.

It even has vending machines to purchase bars of gold.

It’s perhaps not surprising I’m bombarded with daily messages about why investors should buy it.

I’m going to answer these today.

My thoughts are not just my own.

And one of the world’s greatest investors, Warren Buffett, who once stated about gold:

“It doesn’t do anything but sit there and look at you”.

It makes pretty jewellery but has virtually no inherent value.

Which doesn’t make it a good financial asset. 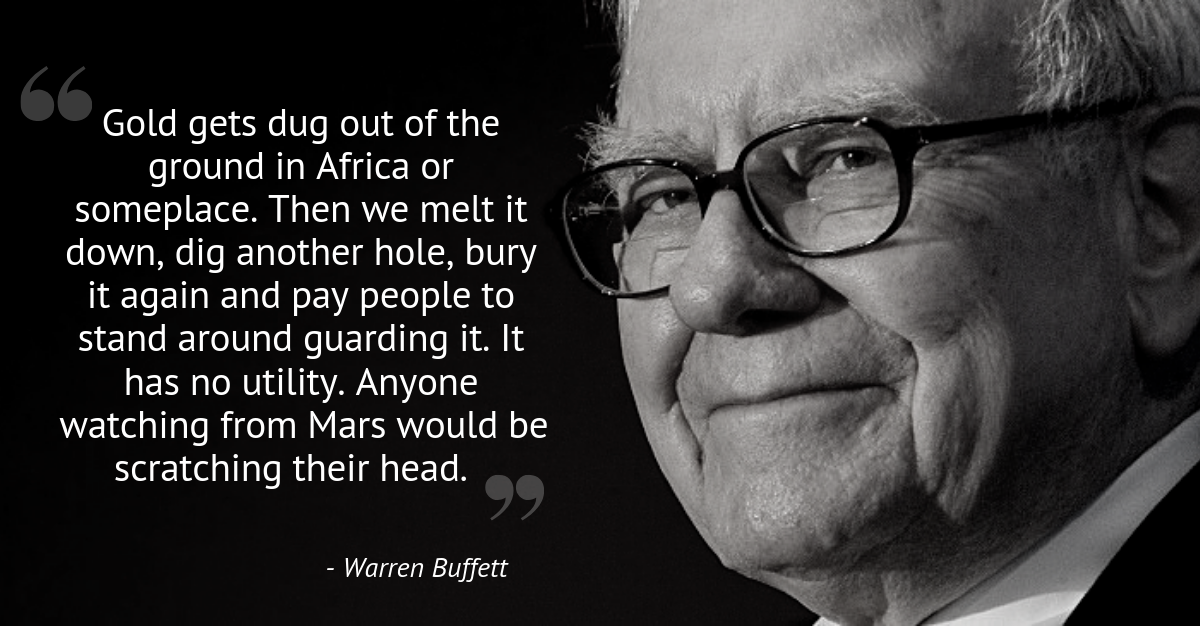 I can just hear the comments now…

Gold has failed to track inflation.

Historically, the relationship between gold and inflation has been inconsistent.

It has a negative return during high inflation periods. 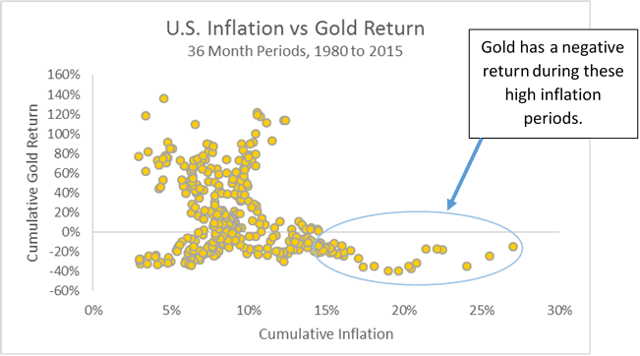 In fact, cash (3-month treasury bills) have been a better inflation hedge over the last 35 years.

Gold has underperformed inflation by almost 100% over this period.

Before anyone points out the ‘recent performance of gold’…

Keep reading – I’m getting to that.

Gold is only a medium of exchange if someone is willing to accept it as payment.

Gold is heavy, cannot be eaten, worn or used as shelter.

In a true crisis, some things will be worth far more than gold.

Frankly, the items in your pantry may be more valuable.

3. “It's an important part of a portfolio during a crash”

(Hardly a hedge against financial crisis).

I found a case study on how two different investors handled it.

As the market dips, investor A decides to ride it out and continue investing $500 every month.

Investor B decides to sell, purchase gold instead and spend $500 each month buying more.

But from 2015, the stock market booms and the price of gold plummets.

What’s more, investor A enjoyed 2% dividends every year, earning him an additional $17,968.

Since gold doesn’t earn dividends – investor B earned none.

4. “But gold has performed well recently”

Gold is a great example of recency bias.

(That’s when recent events take precedence over the past).

We project these events indefinitely into the future.

Causing people to make poor decisions about their money.

There’ve been two decades in the past forty years in which gold performed well.

This accounts for the vast majority of gold’s price appreciation over the full four decades.

(According to the Central Fund of Canada).

Which would you rather have?

Like my advice in this recent property blog , I’m not entirely against emotional assets.

They have their place.

But don’t let the media fool you into thinking it’s a better option than a portfolio of low-cost index funds.

Traders, jewellers, fund managers and the media all make money by selling gold.

This is addictive, emotional and, as we all know, ultimately doesn’t work.

Instead of wasting your time and money chasing ‘shiny things’…

We’ll show you the benefits of using education, and scientific evidence to buy the casino – not gamble in it.

And you can’t tell me otherwise.