Why bear markets scare us (and why they shouldn’t)

We’re in the longest bull run ever.

The stock market is at an all-time high.

No one knows when the tables will turn…

But what happens when they do?

A bear market is when market prices drop 20% from a previous high.

(After a bull run for example).

Over a period of at least two months.

In one or more major indices.

Like the Dow Jones Industrial Average (DOW) or the S&P 500.

However, a bear market is not a market correction.

The two are easily confused but a market correction is short-term.

A bear market signals a loss of investor confidence.

A more pessimistic view on the economy or markets.

While the Great Recession still haunts many.

Bear markets are more likely blips in the market than prolonged catastrophes.

They happen on average every 3.4 years.

But our current bull market has been running since 2009…

Meaning it’s very hard to predict when it will, in fact, drop.

I’ve mentioned the economic cycle before…

It consists of two phases: 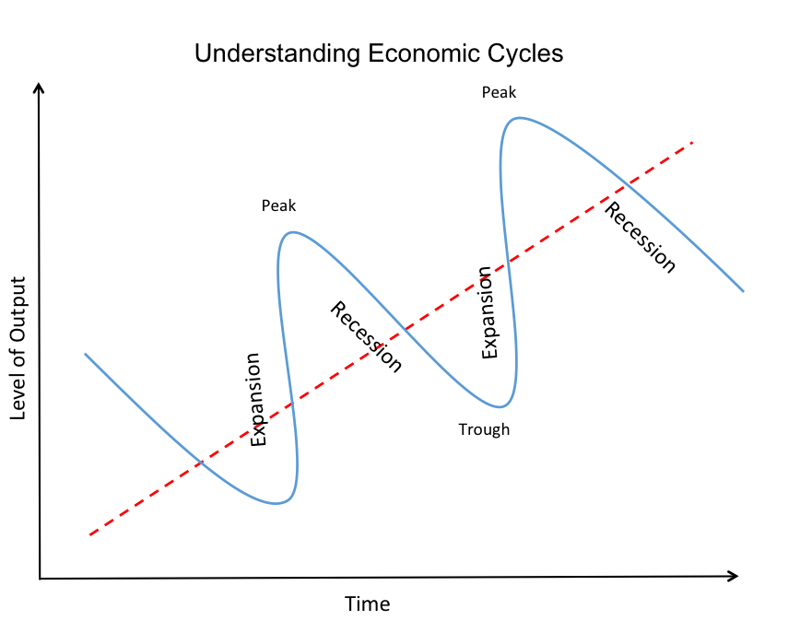 Bear markets are likely to occur during the contraction phase.

While the opposite is true for bull markets.

So what happens in a bear market?

Some of the major attributes of a bear market include recession, commodity spikes, overvaluations, low employment and rising inflation.

Historically, bear markets have been tied to:

(Forbes states this as being 25 times more)…

A bear market could be on its way, or already happening.

This overvaluation could cause stock prices to drop…

And selloffs, as a result.

In addition, a lagging GDP and economic realities not coinciding with stock prices…

Could affect the market and bring on a bear market.

The most recent run occurred in October 2007 and lasted till March 2009.

But the market’s resilience is unmistakable…

Investors who sold their stocks, deeply regretted it.

The actual origins are unclear.

In the 1500s, bull and bear baiting was a betting sport…

Which is now illegal in all but one USA state – South Carolina.

This was the first time bears and bulls were associated with one another.

In the 18th century, the phrase ‘bear-skin jobber’ referred to disreputable sellers…

Who actively bet that prices would fall.

The term was further popularised during one of the world’s first huge market crashes, the South Sea Bubble of 1720.

In 1873, a painting by William Holbrook Beard featured bulls and bears depicting a stock market crash.

That’s just some interesting trivia for you.

So are we headed for a bear market any time soon?

There’s been a lot of speculation.

But, no one can be entirely sure.

Some experts believe it may not be approaching…

Others predict the bull market has longer to charge…

So a bear market swiping down on us soon seems unlikely.

How can you prepare for it?

Diversifying your portfolio can help safeguard you when prices turn.

While losses can’t be avoided entirely…

Diversification will dull the effects and reduce your risk.

But the key is to remember that bear runs are short-lived.

And more time focussing on their end goals.

Market ups and downs are unavoidable.

They are also unpredictable.

But one thing’s for sure…

So if the bull run finally comes to an end…

My advice to you is:

Grin and bear it.

Chat to us if you're looking at ways to diversify and reduce your risk.