“Any fool can make something complicated. It is hard to keep things simple.”

But simplicity is hard.

I see this struggle every day.

Ben Carlson CFA, recently said one of his guiding principles is that less is more and simple beats complex.

It’s even part of our organisation’s culture code.

Here are 10 reasons why I believe simple beats complex in the investment world:

1. Complexity makes it easier to be fooled

Ben says, if you torture the data long enough it’s bound to tell you exactly what you want to hear.

Over-optimisation and seeing trends where there are none.

Right or wrong, simplifying makes it harder to game your own system.

There are plenty of intelligent people in the world of finance.

But that intelligence often comes at a cost.

That can get you into trouble.

Simple is not stimulating enough for most people.

But an overarching philosophy about the way the world works can help you make better decisions.

Simple doesn’t go out of style.

You have to fight to keep things simple because our natural human impulses make us susceptible to complexity.

Simplicity is more of a psychological exercise.

Complexity is more about trying to outsmart the markets.

Outsmarting the markets is easier said than done.

In fact, trying is futile.

It can’t be done.

Putting in more time and effort doesn’t automatically make you a better investor.

The best investors do nothing.

6. Complexity can lead to unanticipated consequences

Simplicity has been called the art of thoughtful reduction.

“You have to work hard to get your thinking clean to make it simple. But it’s worth it in the end because once you get there, you can move mountains.”

It’s about knowing what to overlook.

So you are left with the truth.

Complexity opens you up to far more possibilities and surprises.

And not in a good way.

7. Complexity can give you an illusion of control

People usually look to avoid stress by giving themselves the illusion of control.

But it’s an illusion.

Investors seek out a feeling of certainty and control, even if it means being wrong.

Simplifying is about focusing on what you can control (fees) and understanding what you cannot (markets). 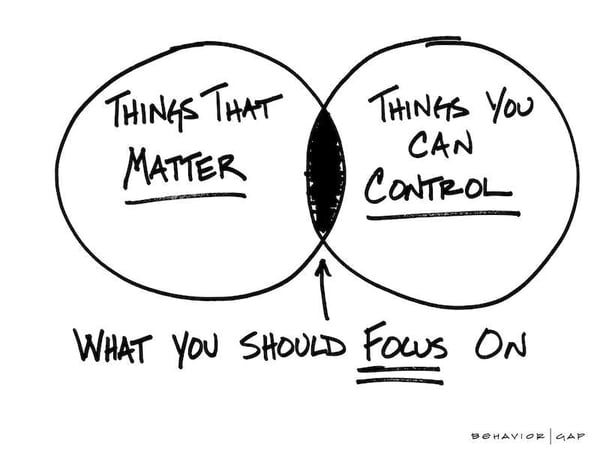 8. Simple does not mean easy or thoughtless

It forces you to filter out the endless noise in the markets ahead of time.

And to fight your natural behaviour.

It’s difficult to get people to buy into simplicity.

Can a complex problem really be solved by a simple solution?

Most people want to believe that the Holy Grail of investment sophistication exists.

10. Simple is easier to understand

“Simplicity has a way of improving performance through enabling us to better understand what we are doing.”

Financial advice doesn’t have to be complicated to be good.

Be wary of anyone who says their advice is free. 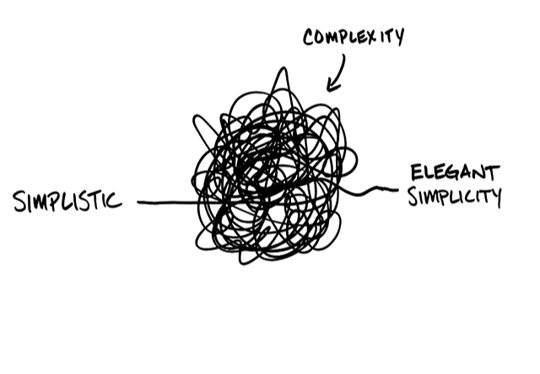 Hidden behind all of this ‘advice’ is complexity.

Avoid using a lot where a little will do.

(Hat tip to Ben Carlson for his insights).