Your easy way to make a million

How to cheat your way to your magic number

There are many ways to make a million. You could establish the next Virgin, write the next “Harry Potter” series or win the lottery. Although, let’s be honest – as much as you’re a very lucky entrepreneur with a gift for the quill – these may not come to pass.

So, while you keep working on “Project Millionaire, Plan A”, here’s a “Plan B”, just in case… 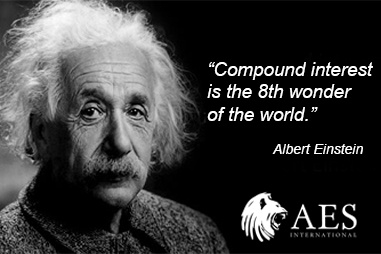 Have you ever heard of compound interest? Don’t switch off, this isn’t a maths lesson – these two words may the most important words you ever read.

Albert Einstein once described compound interest as the “eighth wonder of the world” adding that “he who understands it, earns it ... he who doesn't ... pays it”.

Here’s a simple example: One pound invested at a 10% return, will be worth £1.10 in a year. Invest that £1.10 again and in another year’s time it will be worth £1.21. The first year generated 10p but in the second you earned 11p – with the same rate of growth and with no additional investment.

If you were to withdraw the interest each year, you would only ever earn 10p per year and would miss out on the “magic of compounding”.

Imagine this on a much bigger scale – with thousands of pounds and over 20, 30 or 40 years.

Let’s look at some more exciting examples. Imagine you made NO initial investment and saved just £500 per month with an annual growth rate of 6%.

What’s interesting about compound interest is the way that over time its effects are amplified to a much greater degree. If you were able to continue to invest that £500 a month for a further 40 years (so 80 years in total) it would have reached just under £11 million!

How can you exploit the magic of compounding (and become a millionaire)?

There are three things you can do to make the most of the effects of compounding:

As you have seen from the examples, the longer you invest, the more pronounced the impact of compounding is. The earlier you can begin investing, the better – it will literally pay dividends in the future.

Clearly for compounding to work you need to leave your money invested and to reinvest the interest each year. But you can supercharge your returns by adding to it when you can – small amounts added regularly build exponentially over time.

With compounding, slow and steady wins the race. Compounding doesn’t work if your investments fall, so you are better to get consistent rates of return each year than to try to “shoot for the moon” with risky funds.

If you would like to learn more about investing, download our free guide to becoming an Expat Millionaire using the link below.