Goldman Sachs has lowered it's prediction for the S&P 500 four times this year alone. But being a long-term investor means stomaching short-term guesses...

2023 market predictions are starting to surface.

Some will probably be quite convincing, with a chart or two to help.

But the beauty of the market lies in the fact that nobody knows what's around the corner.

Not even the greatest minds on Wall Street.

No one knows where the stock market will be in a year.

Even if we ignore the fact that no human can predict the future, there are a countless number of variables to consider, as well as the totally unpredictable developments that occur along the way (2022 has been a perfect example of this).

These “predictions” are nothing more than guesses.

And while strategists revise their targets as new information comes in...

This doesn’t mean it’s a good idea to revise your investment strategy.

It’s the same as football pundits talking about who they think will win the game.

That’s why they play the game.

Did anyone expect a pandemic, let alone all-time stock market highs during it?

The stock market has lost all its gains from the past two years and the economy is in a recession.

Did anyone see that coming?

No, because there are simply too many unknowns and factors at play.

Most are out of our control.

You could add more.

It's true, Wall Street strategists and economists have more data, charts and information than any of us.

But day to day, week to week, month to month, they can still only guess.

Below are 3 of their guesses for the S&P 500 and some commentary:

“We expect to see some compression of price/earnings ratio multiples as rates rise. However, strong earnings growth could still translate into a ~10% total return, in our view.” 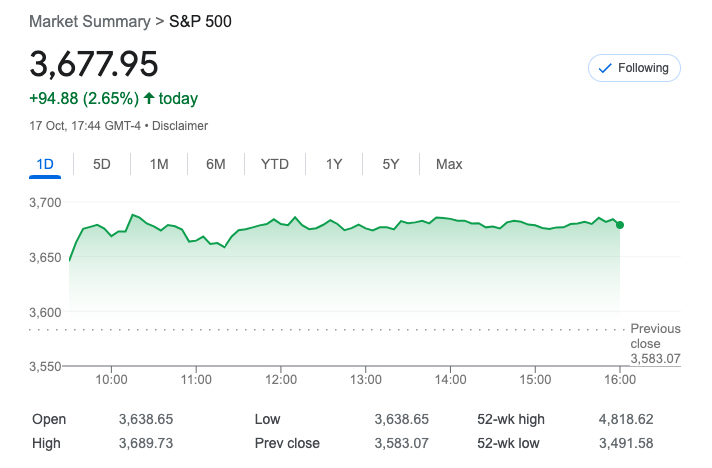 It seems that the best minds on Wall Street got it terribly wrong.

Goldman Sachs alone has lowered its year-end target on the S&P 500 four times this year.

Being a long-term investor means stomaching short-term volatility along the way.

While the S&P has usually generated positive annual returns, it’s also seen an average yearly drawdown of 14% since 1980.

Some years had worse drawdowns than others.

But despite natural disasters, conflicts, referendums and questionable presidents…

The markets always bounce back.

Successful investing means being able to process the ups and downs of the markets to achieve long-term financial goals.

With that in mind, here are what some of the world's greatest investors have to say about predictions:

“In the financial markets, hindsight is forever 20/20, but foresight is legally blind. And thus, for most investors, market timing is a practical and emotional impossibility.” - Benjamin Graham

“In all my 60 years in the stock market, I never found anyone whose opinion of what the stock market would do next week or next month was worth heeding.” - John Templeton

“I am certainly not going to predict what general business or the stock market are going to do in the next year or two since I don't have the faintest idea.” - Warren Buffet

The next time someone tells you they know what the stock market or economy is going to do, remember nobody knows.