Delivering transparency and results to our clients

Just under two and a half years ago, the UK’s financial regulator radically reformed how investment products are sold, in a bid to make the process more transparent and fairer for consumers.

However, at the beginning of this year, concerns were once again raised that consumers are still being blindsided by the opaque nature of the long term investment market and its fees. These concerns were particularly pertinent because of the implementation of the new pension freedom rules this year.

Known as the Retail Distribution Review (RDR), the rules implemented on 31 December 2012 by what was then called the Financial Services Authority (now the Financial Conduct Authority – FCA) sought to “address the root causes of problems that continue to emerge in the retail investment market”. 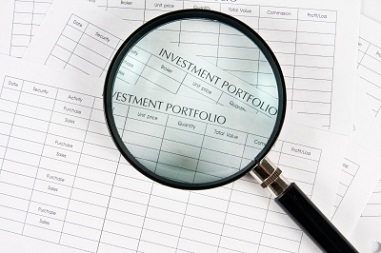 Specifically, the FSA said its objectives (among others) were:

In January this year however, the consumer watchdog, the Financial Services Consumer Panel (the FSCP), led a “roundtable” event attended by a number of high-profile representatives from the FCA, the investment industry and the FSCP itself.

One of those who spoke at the event was Lord Hunt, a senior financial-services lawyer and former government minister, who said there is a “historic and persistent lack of transparency in the long term investment market”.

He added: “[…] various market and regulatory interventions had not fully addressed the problem of cost transparency and the perception that costs and charges are poorly controlled. Consequently, consumers and their representatives are handicapped to assess value for money or even to assess the cost of the service they are receiving.”

Given the amount of time and effort that was put into the implementation of the RDR in the UK, this is a fairly damning assessment of its progress.

Our own research shows that only a small increase in underlying fees can eat away at your savings over time.

But what does this mean for those outside the UK?

In short, the transparency and charging standards in the UK are among the best in the world and if ensuring consumers get a fair deal there is still proving elusive, then you can be pretty sure it is not much better wherever you are based in the world.

There is another way

At AES International we recognise this, which is why we ensure our sales process is fully transparent – including all underlying costs and fees.

AES International also offers clients access to banking options of the quality only usually available through private banks to those with very substantial sums to invest, at relatively low cost.

The concerns raised in the UK by Lord Hunt and the FSCP and the representatives from the investment industry should act as a warning to consumers to ensure they always seek advice from a fully qualified international financial planner who has their best interests at heart.

If you would like to speak to one of our qualified financial advisers in Dubai, click the link below.