Don’t let the taxman dip into your retirement savings

The lifetime allowance has decreased again – what does this mean?

During the UK Budget last week, George Osborne announced once again that he plans to reduce the lifetime allowance (LTA), this time taking it down from £1.25m to £1m in April next year.

This means that since 2012, Osborne will have practically cut the LTA in half – from £1.8m to £1m where it is due to remain until 2018, after which it is to rise in line with inflation.

These may seem like large sums of money, but in fact many ordinary savers are likely to reach the limit during their working lives and suffer the 55% tax charge imposed on that cash as a consequence. 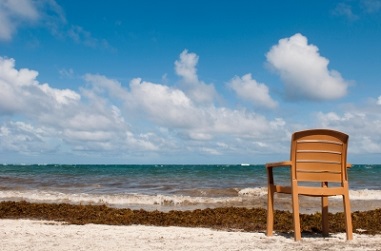 It seems counterintuitive of the Government to be imposing these tighter limits when really people should be encouraged to save more – the so called retirement savings gap (the difference between what people need and how much they are saving) has not disappeared.

Indeed, recently the Liberal Democrat MP and pensions minister Steve Webb suggested people should be saving around 15% of their wages to have a comfortable retirement – this is five times the typical 3% most people save currently.

However, according to research from global consultancy firm Mercer, if a 25 year old saver on an average graduate salary of £30,000 per year were to save 15% each year, they would save £1.1m during their working life – £100,000 more than the LTA.

It seems to be at odds with the Government’s drive to get people to take more responsibility over their own finances for them to continue to reduce this limit – potentially putting off young savers in the process – but this seems to be Osborne’s modus operandi.

For those closer to pensionable age the change could be even more worrying, as they may already have reached the LTA. If this is the case for you, then don’t worry. If you act before April next year, you can ring-fence those pension savings and, as long as you don’t then make further contributions, you should be fine.

Speak to one of our qualified international financial advisers about this if you have any concerns.

If you are further away from retirement, but are still concerned about breaching the LTA, there are other ways that you may want to consider to top up your retirement provisions – using the increased ISA limits and flexibility for example, or even purchasing a buy-to-let property.

Another quirk of the change is to highlight, once again, how defined contribution pension schemes can sometimes be the poorer relation of defined benefit, or final salary schemes. This is because those with a DB scheme will be able to secure a much higher income, than those with a DC scheme.

Brian Henderson, a partner at Mercer, explained: “Under current rules, a DB pension of £50,000 will be impacted by the penalty tax charge.

“In contrast, an equivalent DC saver will only be able to receive a much smaller annuity before they are affected by the penalty tax charge. We estimate that a DC member will typically be able to buy a pension of under £25,000 a year based on current annuity rates.”

If you are worried about breaching the LTA or want help planning for your retirement, click on the link below.