No “gimmicks or giveaways”?

So the UK Chancellor George Osborne has delivered his final Budget of this Government.

Regardless of your political leaning, it is hard to argue that the UK is not on a stronger footing now than it was, even just 12 months ago.

The Office for Budget Responsibility (OBR), an independent government department which, among other things, provides economic forecasts, supplied figures showing that at 2.6% the UK had the fastest annual growth among the G7 economies last year, and its strongest growth since 2007.

The Chancellor also cheerfully informed the packed Parliament that the OBR had revised up its growth forecasts for this year from 2.4% to 2.5% and for 2016 from 2.2% to 2.3%.

Employment figures were also strong, with the Chancellor informing us that it had reached its highest ever level at the end of 2014, with 30.9 million employed. This is more than 1 million above its pre-crisis peak, and up 1.85 million since the current government came to power. 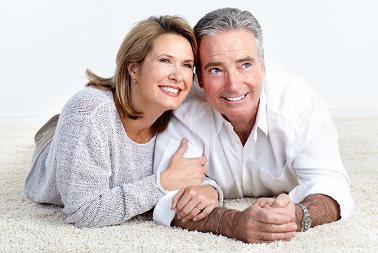 But what does all this good news mean for you?

In his opening remarks – despite having to hand what was described as a £6bn “pre-election war chest” – Osborne said this was not going to be a Budget of “gimmicks and giveaways”. He did however manage to squeeze a few crowd pleasers in…(including an extra penny off beer, again).

The first major change is the extension of pension flexibility to those who have already purchased an annuity. This would bring existing annuitants into line with the freedom available on pensions from next month, as announced in last year's Budget. This is due to be introduced in April next year following industry consultation.

There are few details available on this at the moment, but if this is introduced, it could prove a very helpful option for planning one’s finances when already in retirement.

Many people have annuities which are paying them almost inconsequential amounts of money each month but , under current rules, they cannot access. If this new legislation were introduced, people would be able to encash the remaining amount and perhaps use it for something more worthwhile – a car perhaps or foreign holiday.

As previously announced, the threshold will increase from this April to £42,385.

Osborne is also introducing a tax-free allowance of £1,000 (or £500 for higher rate taxpayers) for the interest that people earn on savings.

In keeping with Osborne’s theme of giving people more control over their own money, from April 2016 savers will be allowed to put money into and then withdraw cash from their ISA, without losing the tax benefit.

With all the good news, there always has to be a little bad.  In this Budget it is once again the lifetime allowance on pension savings which is being targeted. From April 2016, the allowance is being reduced from the current £1.25m to £1m. Osborne predicts this will effect around 5% of people, although it is easier to fall into this category than you think, so best to speak to your financial adviser about this.