If you’re panicking about the markets, STOP and read this

No one likes losing.

In fact, science says we feel a loss more deeply than we do a gain.

Nearly 40 years ago Amos Tversky and Daniel Kahneman came up with a theory.

It became one of the founding principles of behavioural finance.

They observed that most people don’t like losing and tend to focus more on losses than victories.

This behavioural bias is known as loss aversion.

So how can investors overcome this, or at least deal with it…

To avoid their emotions driving their decisions? 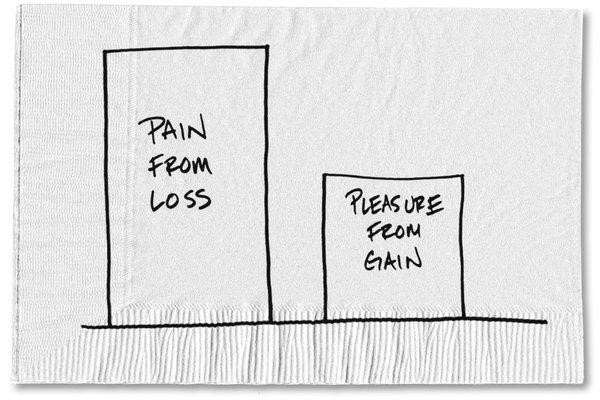 Block out the noise

In early 2020, the global economy abruptly tumbled into a deep recession as mounting fears of COVID-19 took hold.

In just 33 days during February and March, the S&P 500 plummeted nearly 34%, it's fastest-ever descent into a bear market.

Companies in the travel and entertainment sectors, so called BEACH stocks (Booking, Entertainment & Live Events, Airlines, Cruises & Casinos and Hotels & Resorts), were some of the hardest hit.

Stocks, bonds, currencies and commodities bounced back with a vengeance.

The S&P 500 rebounded over 30% from its bottom on 23 March to the end of April and reached a new record-high by mid-August, then went on to notch one new all-time high after another.

The market continued to climb without issues across Q2 and Q3, in stark contrast to what was happening in the world.

In the second quarter, the S&P 500 had its best performing quarter since 1998.

This goes to show that in investing, the unprecedented occurs with regularity.

And as investors, the hardest part of the process is controlling our mindset.

Manage the emotions of investing

When it comes to money, your emotions are often driven by the movement of the markets.

When the markets are higher, you feel good.

When the markets are low, you feel miserable.

The trouble is, people often do something about this.

When markets rise, investors buy into equities in volume.

And as markets fall, they sell aggressively.

This cycle is repeated as markets ebb and flow.

Buying high and selling low, which is not at all a viable way to retain wealth.

In fact, it’s a system of wealth destruction.

Your financial planner should reframe this way of thinking completely.

It’s not just about time and markets…

But focussing on your goals and the direction towards it.

While there are many reasons to feel despondent about the markets, the most important thing is to stay disciplined.

When you feel a sense of loss, you can remedy this by staying invested.

The loss only becomes reality if you sell.

I’ve said this before, the market is undeniably resilient.

Investors who sold at the bottom, were soon living to regret it.

And asking themselves the painful question:

“What if we had simply stayed put?” 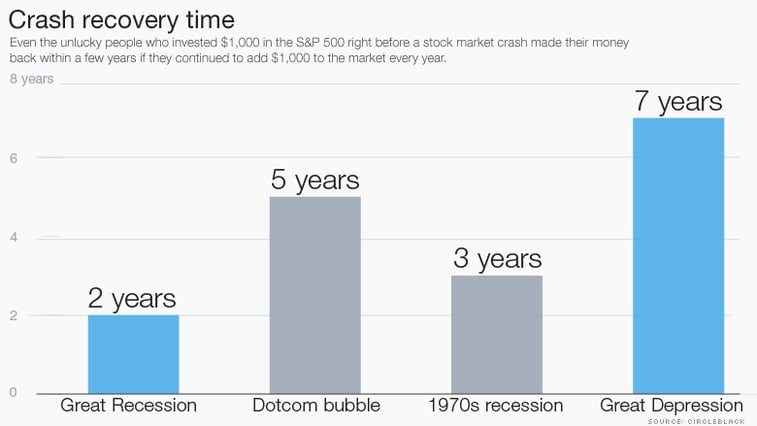 At the end of the day, we can’t avoid loss aversion entirely.

We also can’t control the markets.

But we can understand how the world of investing works.

And how fluctuations may drive irrational decision making.

After all, investing is not a cat-and-mouse game between you and the markets.

Like everything else in life, things come to an end.

These market lows will too.

Chat to us if you’re looking for a financial planner to ride out the storms with.