Scrapping the highly complicated pension income rules and abolition of the 55% 'death tax' on unused pension funds is one of the most radical moves by any government in recent times. The sweeping changes to pensions were confirmed by George Osborne on 29 September 2014 and will come into effect in April next year.

But it's not only UK pensioners who are affected: the rule changes also impact expats living outside the UK who are considering the benefits of a QROPS pension, or Qualifying Recognised Overseas Pension Scheme.

Firstly, a look at the 3 big changes announced and how they affect a UK pension and then we'll take a look at how these changes impact how people make decisions about whether or not to transfer to a QROPS.

Pensioners will be able to take some or all of their pension fund out as an income from April 2015 onwards. The first 25% of the pension fund is tax free and the rest will be subject to your marginal rate of income tax, so 20%, 40% or even 45% for the highest earners. Don't forget, the tax on your pension income is added together with any other income you may have, for example state pensions and rent from buy-to-let property.

TIP: Whilst it may be tempting, under the new rules, to take all your pension out in one go, consider staggering it over a number of years to ensure you minimise your income tax liability. You should also consider how to take advantage of tax-efficient investment vehicles like new ISAs, offshore insurance bond wrappers and EIS investments to defer, mitigate or reduce your tax exposure. 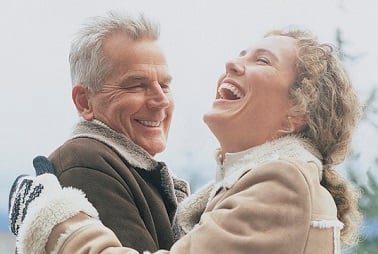 One of the most controversial taxes in recent times is to be abolished from next April, which means all unused pension pots will be able to be passed on to beneficiaries, like children and spouses, free of the 55% death tax, as long as they keep the funds invested in a pension. If your beneficiaries subsequently make any withdrawals from the pension fund, they'll pay income tax at their highest marginal rate if you die after 75. However, if you die before 75, drawdown funds can be paid to beneficiaries tax free - whether paid as pension or as lump sum.

The new pension rules coming into effect in 2015 will also apply to anyone with defined benefit (including final salary) pension schemes.

TIP: If you currently have a final salary pension scheme and want to take advantage of the new proposed rule changes next April, you will need to switch your pension to a SIPP (Self Invested Personal Pension).  This would need to be before next April's deadline for most public sector final salary schemes (unfunded public sector scheme benefits will not be transferable after next April).

By transferring your final salary pension scheme, you will of course lose very valuable benefits built into the scheme so you should always take independent financial advice to make sure you know what benefits you are giving up. If you are thinking of transferring, it is important to start the process now, to make sure you have time to complete the paperwork and the funds transferred.

These new changes that the Chancellor originally proposed back in his March budget give UK pensioners greater flexibility in how they plan their finances in retirement. But with many expats still considering transferring their UK pensions to an overseas pension scheme like a a QROPS, what advantages remain?

The changes to UK pensions that were announced have definitely narrowed the gap between a UK based pension scheme and an overseas based QROPS, but both still have a place in expatriates financial planning. The answer to which pension is more suitable, will, as ever, depend upon your individual circumstances and future intentions and plans.

We will, of course, update readers of our International Financial Advice Blog with all the key points they need to know, but with so many changes to pensions, their taxation and how benefits are taken, it is very important for people with substantial retirement funds to take independent financial advice from fully authorised and regulated individuals and companies.