The markets have returned 192% over 10 years. How have you performed?

One afternoon, I received a message from a concerned investor on LinkedIn.

He was worried his portfolio wasn't performing as it should.

He was confused and didn't understand why, considering his investments were "capital guaranteed" and "inflation beating".

Could he have been sold a typically risky investment?

One that you, as a senior international professional, might have been sold too?

When you're ill, and the doctor says the prognosis doesn't look good...

Wouldn't you seek another opinion for reassurance?

Similarly, when you're renovating your home, do you only ever get one quote?

You'll probably get at least two so you can weigh up the costs, options and services...

And then make a decision.

It's interesting that when it comes to investing...

Investors don't usually seek a second opinion or 'shop around' the same way.

Yet there's so much to lose with the uncertainty that exists.

It gives you the peace of mind that you're making the right decision.

Or, alternatively, a life-changing mistake.

Either way, you'll have clarity on the way forward.

It's why when this investor reached out to me, I asked him to send his portfolio through.

With under-performance, it usually comes down to one of three things.

1. You are either paying too much

2. You are invested in the wrong products

3. Or a combination of both

For this particular investor, it was number 3. 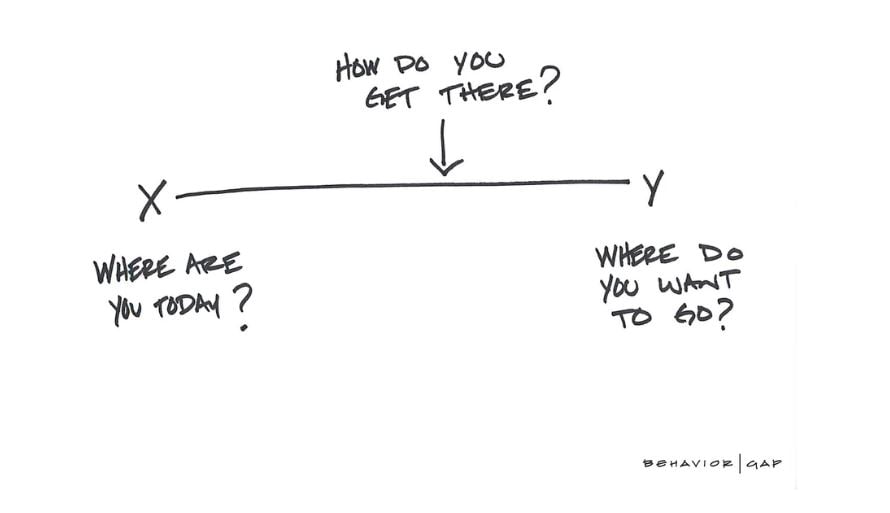 1. The damaging effects of high charges

I can't talk about this enough.

If I had a penny for every time an investor told me they've lost faith in financial services because of being robbed of their hard-earned money...

Well, I'd probably be enjoying an early retirement now.

The truth is the traditional financial services industry is riddled with opaque products and hidden charges.

It's so easy to be misled.

From the get-go, investors are conned by the seemingly 'free' advice they receive by a very likeable salesperson...

Who 'selflessly' agrees to meet you where you are...

(Whether that means taking a bus, train or plane to get there)...

And will even treat you to a nice dinner or round of golf (on them).

But little do they know, all these costs will be covered by the commission the salesperson receives once the deal's been made.

This could be up to 11% of the investment.

And if that's not a hard enough pill to swallow...

There are ongoing charges and exit penalties that will drain what's left.

We call it the 'priceberg' effect.

The charges you see are only the tip of the iceberg..

The ones you don't are most devastating.

In fact, there can be more than 20 layers of well-concealed charges lurking in the depths. 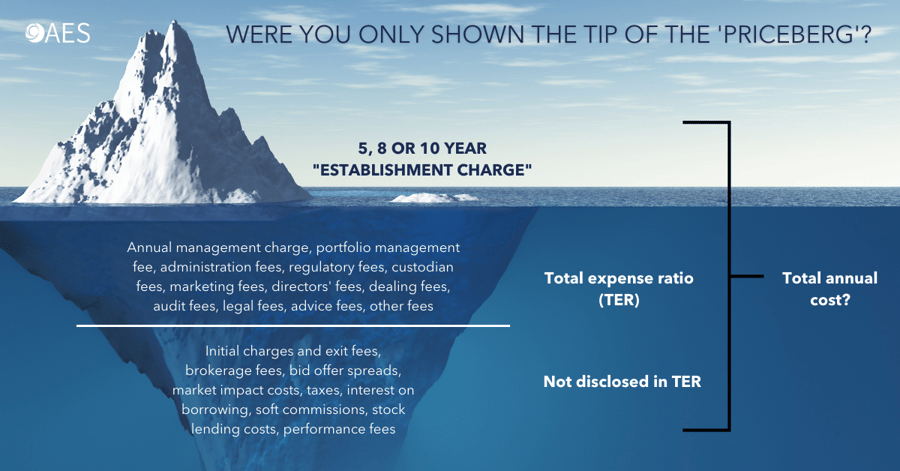 2. How the wrong products can ruin your dreams

The markets are notoriously erratic.

Salespeople play on our emotions of fear and greed by selling products that promise high returns and capital guarantees.

On the other hand, others may convince you of their ability to time the markets.

Both seem like easy fixes but they come with their own set of risks.

Not to mention that no one has ever been able to successfully time the markets.

(At least not the second time around anyway).

The best way to maximise your investment returns is to diversify across asset classes, currencies and countries.

That way, when the markets do poorly in one area, they'll do well in another.

You'll never suffer the full brunt of a market fall.

Now to put these two points into perspective...

In March 2016, she came to see us at AES because she was looking for a financial adviser to help her.

She was paying just shy of 3% per annum in fund and product costs.

However, she’d paid very high initial commission on the bond and the structured products she held and would pay more if she surrendered.

The salesperson who’d selected her investments had left Jennifer with a portfolio selection that was inappropriate, poorly diversified, expensive and sub-standard.

Our recommendation was for her to:

One year after her switch, Jennifer’s portfolio was worth £548,717.

Are you getting the returns you deserve?

Despite a global pandemic, civil unrest, negative oil prices and the volatility we've seen over the last few years...

That's almost 3 times what you started with.

The future is unpredictable, but not unmanageable.

It's proof that with the right investments, patience and a long-term view...

You can reach your financial goals.