[Estimated reading time: 6 minutes - read while you wait for your dinner to cook]

We were talking tax.

I couldn’t believe how many of my friends misunderstood the key difference between residency status in the UK, and being British domiciled.

But, it seems my confused friends are in the majority…

New research from financial services group Old Mutual International has uncovered crucial misunderstandings among most British expats when it comes to their domicile status and tax position.

These misunderstandings could leave you and your loved ones financially exposed.

They could even land you in trouble with the taxman if you’re not correctly declaring income and gains, or paying the right UK taxes.

Having covered residency rules and taxation comprehensively already, today I’m going to try and save you from making 5 expensive yet common mistakes relating to domicile and tax:

If you’re a British expat you’re likely to have a UK domicile of origin, acquired at birth.

You can try and acquire a new domicile (a domicile of choice) by settling in a new country with the intention of living there permanently…however, try is the operative word…

It’s nigh on impossible to lose your UK domiciled status and acquire a new one.

In part, what makes it so difficult to acquire a new domicile is that there are no fixed rules about what’s required in order to do this!

The burden falls on any individual to prove they have acquired a new domicile - and often this isn’t finally decided by HMRC until that person dies.

Living in another country for a long time, although an important factor in the process, doesn’t mean a new domicile has been acquired.

Among the many conditions that HMRC lists relating to changing domicile, one is that all links with the UK must be severed, another is that you must have no intention of returning to the UK ever.

However, Old Mutual’s research revealed that almost three quarters of UK expats who believe themselves no longer UK domiciled still hold assets in the UK, and 81% have not ruled out returning to the UK in the future…

Therefore, the taxman would still consider them all to be deemed UK domiciled.

#2. British expats mistakenly believe they are only liable to UK inheritance tax (IHT) on their UK assets.

Most British expats – likely including you – will still be deemed UK domiciled on death.

This is critically important to understand - because it means your worldwide assets will become subject to UK IHT.

A common misconception I come across all the time is that only UK assets will be subject to UK IHT.

Old Mutual’s research revealed a staggering 82% of British expats failed to realise that worldwide assets can be subject to UK IHT.

This lack of knowledge could have a profound impact on your beneficiaries – and be the most expensive mistake you ever make.

Before probate can be granted, the probate fee and any inheritance tax due on an estate must be paid.

With UK IHT currently set at 40%, there could be a significant bill for beneficiaries to pay before they can access their inheritance.

Setting up a life insurance policy could help ensure your beneficiaries have access to cash to pay all required fees.

If you use an adviser to set up such a policy specifically for this purpose, ensure they place the policy in a trust to enable funds to be paid out instantly, without the need for probate.

Did you know, all income and gains generated from UK assets or property continue to be subject to UK tax?

Many British expats think that just because they no longer live in the UK, they don’t need to declare their income or capital gains from savings and investments or property held in Britain. 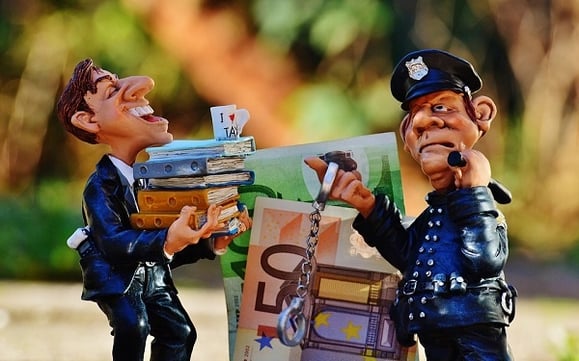 However, by not declaring the correct taxes you could find yourself being investigated by the taxman - and the sanctions for non-disclosure are getting tougher. The burden of responsibility is on you –and when it comes to HMRC, ignorance of the rules is not an accepted defence.

#4. Many British expats mistakenly believe their spouse can sign key documents on their behalf should anything happen to them.

The misconception that your spouse, child or a professional will be able to manage your affairs if you become mentally incapacitated is dangerous…

It’s leading many people to think they don’t need a Power of Attorney (POA) in place…don’t make the same mistake.

If you don’t have a POA your family could be left in a vulnerable position, because they will not automatically be able to step in and act on your behalf.  Instead, there will be a delay while they apply to the Court of Protection to obtain necessary authority.

This complication is entirely avoidable by completing a lasting POA form, and registering it with the Court of Protection.

Old Mutual discovered almost half of UK expats wrongly believe their spouse will be able to sign on their behalf should they become mentally incapacitated.

#5. Don’t assume your will or POA is automatically recognised in the country you have moved to.

It is wrong to assume a British will or POA document is automatically recognised in your new country of residence.

Often laws are driven by where a person is habitually resident, and the laws of that country will apply. 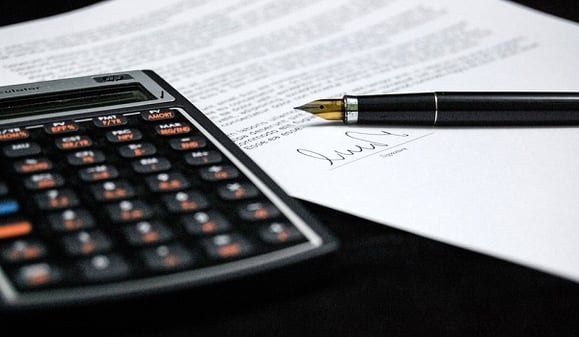 This can mean you will need a UK will and POA for your UK assets, and a separate one covering your assets in the country you live in.

The wills also need to acknowledge each other - so as not to supersede each other.

Turning to Old Mutual’s research one last time; half of surveyed UK expats were unaware whether their will or POA would be legally recognised in the country they had moved to.

In summary and conclusion