Are you being pressured into transferring your pension?

Have you been contacted by someone wanting you to move your UK pension into a QROPS? The salesman may have even suggested that “time is running out” for you to transfer.

In the lead up to revolutionary changes to UK pensions on 6 April this year, some international financial advisers are telling clients to switch their pension into overseas pension plans known as QROPS.

Some are even informing clients that “time is running out” to transfer their pension into one of the plans.

However, unless you have an unfunded government scheme – such as the civil service pension schemes – there is no time limit on when a transfer can be made and in fact, if you were to transfer your money now, you could miss out on all the benefits which will soon be available to those with UK pensions. 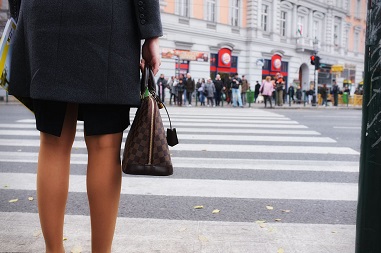 The truth is that some financial advisers may be pressuring you to transfer your money to a Qualifying Recognised Overseas Pension Scheme (QROPS), because after 6 April they will no longer be legally allowed to give advice on some pension transfers.

The UK Government has stipulated that from 6 April only those authorised by the Financial Conduct Authority will be allowed to give advice on transfers out of defined benefit pension schemes (final salary).

AES International is one of only a handful of companies operating outside of the UK which is authorised by the FCA (the UK regulator) to provide you with regulated, face-to-face advice from a UK authorised financial adviser after 6 April.

It should be noted that there are many benefits to using a QROPS and that these will remain after the 6 April, including increased investment flexibility, tax planning opportunities and being able to more easily access your pension while in retirement abroad.

However, the decision to move or not can be a complex one and will require expert advice from a qualified adviser. Don’t be pressured into a decision you may later regret – pension savings take many years to earn and, if managed correctly, can help provide an income for life – but can also sadly be moved all to quickly into something unsuitable, jeopardising well laid and deserved retirement plan.