A few years ago, a U.S. Admiral delivered one of the most inspiring speeches of the decade.

He shared the important lessons he learned in the navy and one which he believed is most important...

His message spread like wildfire and it's something that still resonates with me today...

Everyone wants to get their financial house in order and be able to balance spending and saving...

While prioritising between needs, wants and savings.

But, like life in general, it's the small seemingly insignificant things we do, the things that become almost mundane in routine...

That make the world of difference...

In the speech, the Admiral mentions how, as a team of navy seals preparing and learning to become warriors, they were baffled by the need to make their beds.

Only later had they realised that by making your bed every day, you've managed to accomplish the first task of the day.

It gave you a sense of pride and motivated you to accomplish another.

But how does this relate to investing?

While many investors are saving as consistently and systematically as they can...

Sometimes the quickest route to saving more is simply by scrutinising your spending.

It's questioning whether you really need to eat out three times a week.

Whether you need that new car.

Or, that new iPhone that was just released.

It's not a glamorous task at all.

But the little things matter.

Constantly staying on top of your finances is something your future self will thank you for.

She’s also a U.S. Senator from Massachusetts and in the Top 100 Most Influential People in the World according to Time magazine.

Here’s how it works: 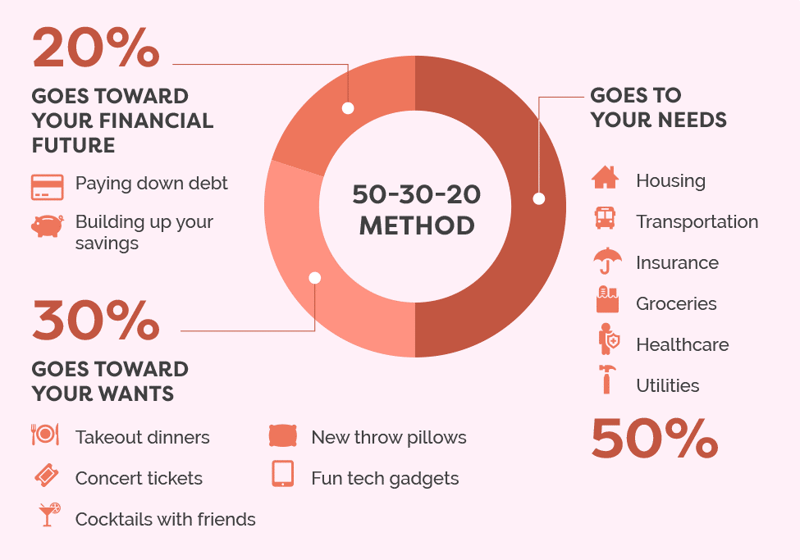 Essentially, it’s about allocating your disposable income according to wants, needs and savings.

50% should go towards your needs.

And 20% to savings and investments.

You should spend no more than the following:

What’s interesting about this practise is that you’ll be able to see where you’re overspending or how you’re prioritising certain financial obligations.

You can use it whether you’re young or old…

A high earner or middle income…

Anywhere in the world.

Of course, life can never be so cut and dry.

And rules are flexible.

Many of us may need to make adjustments (according to our own personal lifestyles).

However, when people look to reduce costs, it’s interesting to see many would cut back on the 30% category (wants) or even the 20% (savings and investments)…

Instead of the bigger percentage which goes towards our house, insurance and car.

Often where we call home can impact our living costs.

Just a simple look at this property index in Dubai shows disparity between suburbs. 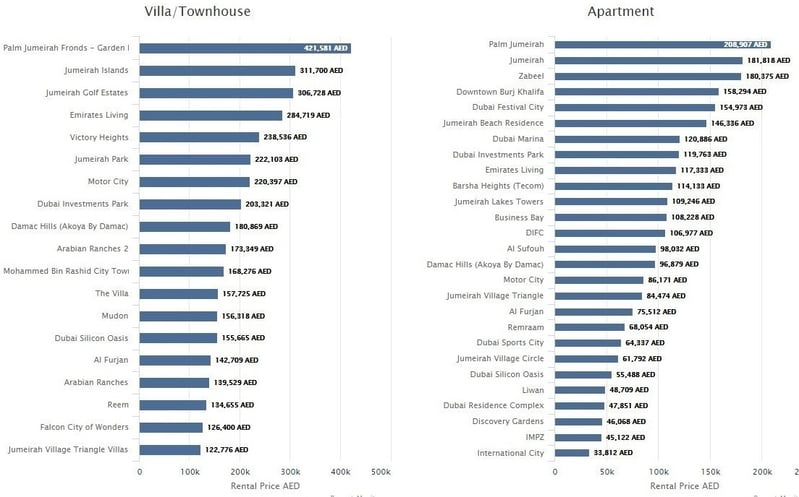 Dubai is known for its world-famous man-made island, Palm Jumeirah.

So it’s no surprise that it’s the most expensive area to live in.

Of course, if you’re already putting enough away and have a good sum of disposable income…

There’s no reason for you to not enjoy the luxury of this beautiful address.

But it’s all about priorities – make sure you’ve covered all your bases, financially speaking.

In the UK, The Guardian reports that rents are expected to climb 15% over the next 5 years.

Greater London remains the most expensive area to live in, followed by the South East. 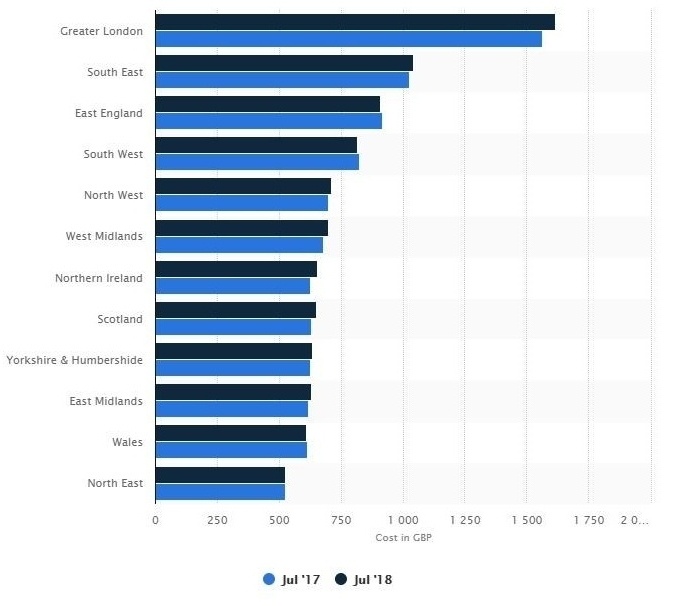 Of course, where we choose to live also has a lot to do with where we work, where we’ve grown up and where our children go to school.

A move to the South East would save you around £500 a month.

(Which can certainly make more of a difference than cutting back on your daily Starbucks or weekly entertainment costs).

Life is a series of trade-offs.

A more exciting way of life…

And more entertainment and recreational activities.

But it may come at a price.

And require us to be a little more astute about our spending habits.

I’ve said this many times before, and I’ll say it again…

Some of the world’s billionaires are known to live below their means.

If they’ve managed to avoid the temptation to overspend, you certainly can too.

It just takes focus, self-control and support from the right people.

We can help with that. As financial planners, keeping you focussed and on track to reaching your goals, is a large part of what we do.

Chat to us and see if you’d like to give us a try.

P.S. If you want to watch the speech I mentioned in the beginning, here it is.