The dust has now settled on the “shock” election result in the UK last week. So far, plenty has been written about the benefits of having one party, particularly a Conservative one at that, at the helm of the UK’s economy, and stock market reaction has been testament to this. Here, AES International's Nick Michaels and Simon Danaher look at the impact of the result on the UK property market.

Last Friday, as the markets opened to the surprise news that an all-out Conservative majority was the likely election result, the FTSE 100 bounded upwards, gaining around 1.5% in its first hour and closing 2.3% up on the day.

The FTSE 250 also hit a record high during the day, while the pound experienced its largest one-day gain against the dollar (or “greenback”) in five years.

But just beneath the headline figures there is perhaps a more interesting story, particularly for those who are attracted to UK real estate. This was highlighted by the gains made by UK estate agents such as Foxtons and Savills, which both rose by more than 9% last Friday. 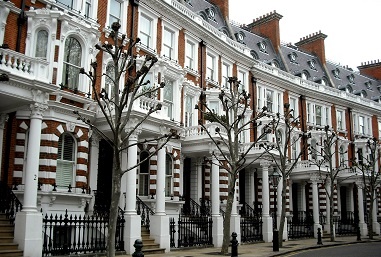 The reason investors poured money into these shares, is because a new Conservative majority government will provide a more stable and investor-friendly environment for the UK property market.

One of the areas which the Conservative government will is likely to be accommodating to investors is around tax. Specifically, there is a high probability the nil-rate inheritance tax band will be increased to £1m. This is something the Conservatives had previously planned to do, but had been prevented, they claim, by their former Coalition partner the Liberal Democrats.

Who will benefit from this change will be become more clear as the proposals are fleshed out, but by raising the IHT nil-rate band, the Conservatives would be removing what is currently a significant tax and so would make investing in UK property a much more attractive option.

Conversely, there were fears, heading towards the election, that should a Labour or Liberal Democrat/Labour coalition come to power, there would be a so-called “mansion tax” introduced on properties with a value of more than £2m.

This would have been a significant and swingeing new tax and would certainly have cooled prices at the higher end of the market, and indeed would make the proposition less exciting for high end investors.

More generally, investors, businesses and many consumers, will be pleased at the prospect of no significant increases to tax, certainly in the near future, under a Conservative government. Indeed, party leader David Cameron even went as far as promising to introduce a new law guaranteeing no rise in income tax rates, VAT or national insurance before 2020.

Another threat, avoided by a Conservative majority, is any immediate changes to the non-dom status or its abolition as had been proposed by former Labour leader Ed Milliband in the run up to 7 May.

There are of course some drawbacks to what has happened over the past few days. The first is that the strengthening of the pound does make buying property in the UK more expensive. However, currency fluctuation is an ever-present risk and should generally not detract from underlying investment fundamentals, regardless of the asset class.

A second and more fundamental risk is the heightened threat of a so-called Brexit (a British exit from the European Union). This risk is heightened because, arguably bowing to pressure from UK nationalists the UK Independence Party, the Conservatives have promised an “in-out” referendum before 2017 and maybe as early as next year.

The exact consequences of this will perhaps have to wait for another blog, but the overriding instability this causes, simply through the uncertainty generated, remains now a present risk.

However, the stability offered by a Conservative government and the underlying tax and economic benefits of this, should act as a catalyst for increased investment in UK property and is a very positive outcome for existing and new investors in this asset class.