If 92% of active funds don’t beat the market, why are people still investing this way?

Despite all the studies proving its underperformance.

Yet many investors choose to miss out on new opportunities.

Adamant that a tech-driven, science-based, systematic approach to making more money is not for them.

As a financial planner, I check market news daily.

But because I’m interested in seeing what the media’s talking about.

(Not surprising, since it’s regarded as more exciting that passive investing).

It's often suggested that during times of volatility, active is the way to go.

Why is a volatile market a “good time”?

Why should that matter?

One investor asked our opinion on that school of thought…

Clearly sceptical and wanting an unbiased view enabling him to make an informed decision.

(And put any debates with family and friends to rest).

A look at the data

This year, for the 10th consecutive year…

Nearly half of active funds in the UK failed to outperform their benchmark in the first six months of 2020.

Over 10 years, more than two-thirds of active funds failed to outperform their benchmark, according to SPIVA.

The data shows, the number of fund managers able to beat the market shrinks over time.

Meaning long-term investors with an active fund strategy, are most likely left with dismal results.

In 2019, it seemed that the balance had tipped in favour of passive...

For the first time, US investors' assets in passive domestic stock funds matched that held by active managers at $4.3 trillion.

The sales pitch from active managers is that while they might not do so well in bull markets, they prove their 'skill' and therefore value in times of volatility.

Ironic considering their underperformance during the bear market in the first part of 2020.

Of course, some active managers do succeed over the long-term, even when their fees are taken into account.

Neil Woodford was widely regarded as one of the UK’s star managers for decades, until his flagship fund spectacularly imploded last year.

(You know as well as I do, his success was not down to luck nor skill).

So why do investors still persist with active?

They believe it’s down to a pattern of human reasoning called conjunction fallacy.

Here’s an example in a famous quote:

“The harder you work, the luckier you get”.

In most areas of our lives, we experience a positive relationship between hard work and reward.

The more we train, the easier the marathon.

We expect that pattern to exist in other areas too.

Some investors believe investing should be stressful – that way they feel they are doing something.

There’s also the idea that the higher the price, the better the product. 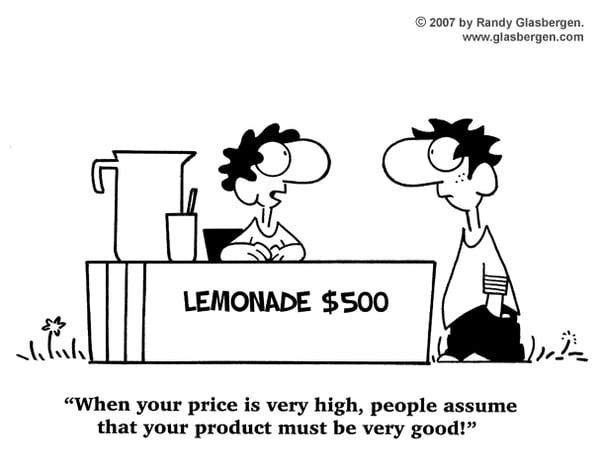 And certainly not when it comes to active investing.

Because of the high fees and charges and the constant churning of funds eating away at returns.

Each reaction equals a transaction.

Sure, it’s boring and won’t make the news.

And you’ve likely never heard of the fund company we work with.

They do no advertising but they’re the eighth largest in the world, run by a “who’s who” in the world of financial economics, along with Nobel Prize-winning laureates Eugene Fama, Robert Merton and Myron Scholes.

Together, they have engineered a new opportunity to help investors make more money and ultimately live a more fulfilling life.

What could be better than investing your money, saving on costs and having a greater peace of mind and a sense of security?