However, the evidence suggests successful investors still avoid them like the plague.

Earlier this year, I wrote an article explaining why simple couch potato portfolios, like Vanguard’s, are so successful. 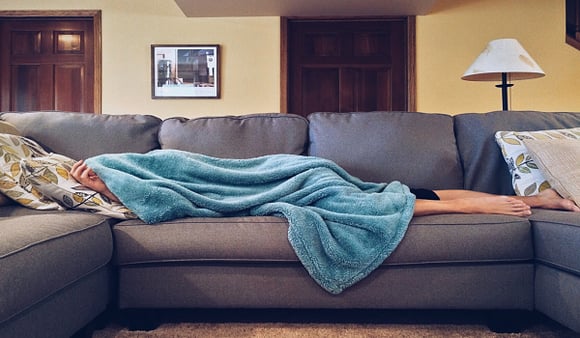 They are passive, low cost and beautifully diversified.

They are, in fact, the antithesis of complex and expensive hedge funds.

But, because of a range of instinctive behavioural biases, coupled with common investing folklore…

…some investors are uncomfortable being hands off, and some believe the more complex a solution, the better it will perform.

But, the evidence demonstrates that the cost of giving in to such temptations and desires is very high: 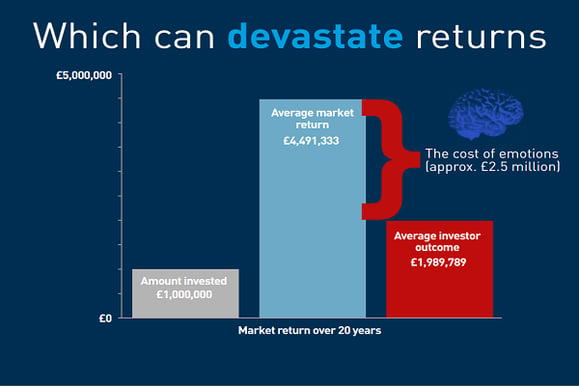 Why you should avoid doing extraordinary things

Andrew Hallam wrote an article in 2012, which I want to bring up to date for you today.

Entitled Couch potatoes crush hedge funds, Andrew compared the performance of the original couch potato portfolio, with that of arguably the world’s most complicated and extraordinary portfolio.

He pitted finance writer Scott Burns’ couch potato portfolio, which is a simple combination of stocks and bonds, against a fund so elite it’s reserved for accredited, high net worth investors only, the Global HFRX Hedge Fund index.

His findings were then mirrored by a report The Economist published the same year.  It compared hedge fund performance with the returns of the S&P 500:

“The S&P 500 has now outperformed its hedge-fund rival for 10 straight years, with the exception of 2008 when both fell sharply.  A simple-minded investment portfolio, 60 percent of it in shares and the rest in sovereign bonds, has delivered returns of more than 90 percent over the last decade, compared with a meagre 17% after fees for hedge funds.”

However, we’re five years on, and hedge fund managers say they are busier than ever.

So, has the tide turned in their favour? 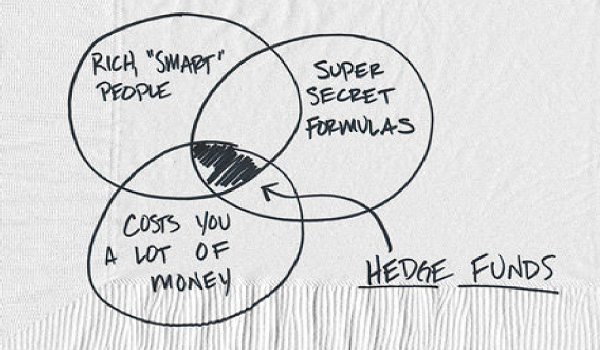 “There are huge risks involved in investing in any hedge fund: they’re illiquid investments, and can blow up through bad luck or bad faith or old-fashioned bad investing at any time. In order to compensate for those risks, investors should be getting substantial excess returns. They’re not. So they should stay away.”

1. Most hedge funds fail: their average life span is about five years.

2. They are lightly regulated.

Hedge fund managers defend the fact they’re so lightly regulated by saying access to them is restricted to those investors who know what they’re doing.

But, as Behaviour Gaps’ Carl Richards says they should be restricted to those investors who can afford to lose all their money!

3. They are prohibitively expensive.

Many hedge funds operate a “2 and 20” fund charge. This means you pay 2% of whatever you’ve invested annually and 20% of any profits you make over a fixed benchmark to the hedge fund manager.

“Fund leaders reap salaries that would satisfy a sultan, while the average hedge fund investor earns mediocre returns or worse.”

Vanguard Group’s founder, John Bogle, said: “You get what you don’t pay for.”

“Hedge funds believe they can do no wrong, even as they are losing money.  If they truly cared…they would never charge large fees for failing to deliver on their promises”.

Ten years ago, the world’s greatest investor, Warren Buffett, was so convinced that cheap, passive portfolios have higher statistical odds of success, that he bet a million dollars he was right.

In 2007, New York based Protégé Partners LLC took on the bet.

Buffett said that over ten years and after fees, a cheap S&P 500 passive index fund would outperform their choice of five funds of hedge funds…

In May this year, Protégé Partners LLC conceded defeat.

Investing isn’t speculating, and it needn’t be a complex process to be successful. Call us today for help with your investment management.