Dirty tricks of the trade: how many have you fallen for?

Yesterday we spoke about whether you actually need a financial adviser.

Now, here are a few tricks of the trade to be wary of…

Have you fallen for any?

While they are loving, watchful and protective of their young…

There’s something odd about them.

If the chick doesn’t make the noise…

The mother will ignore it.

In fact, they will care for stuffed animals as long as they make the same sound.

But, humans aren’t that different.

We too can be easily tricked…

Fooled by simple tricks and signals that encourage a certain behaviour...

In fact, there are 6 principles which any kind of influence is based on.

These were discovered by Professor Robert Cialdini, author of one of the best books I have ever read – Influence: The Psychology of Persuasion.

These influences affect many different sectors and industries.

Especially when they pitch up in the financial world.

We’ve all heard the line:

Authority bias is powerful because it can drive people to behave in ways that are often at odds with reason. 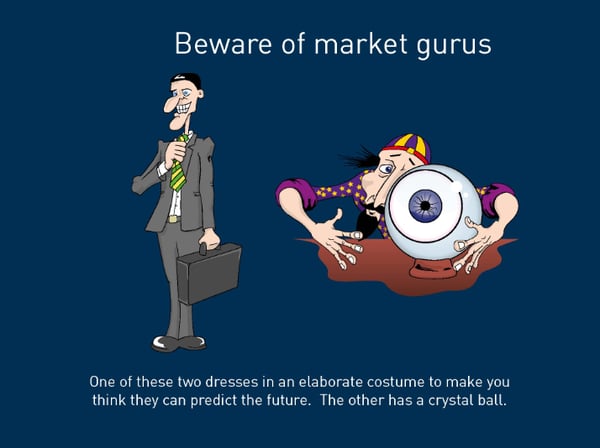 It can get you to invest in something your gut instinct is warning you against.

We all know the story of Bernard Madoff who ran the largest Ponzi scheme in the world.

He is behind the biggest financial fraud in U.S. history – estimated to be worth $64.8 billion.

(That sum seems remarkably higher when you consider what 1 billion dollars can actually get you).

“If you ignore the simple checks, legitimacy can be hidden under layers upon layers of untruths and obfuscation.”

Expertise is not a bad thing – but do your research.

Check client testimonials are real by contacting the people before signing on the dotted line.

“Do you want to be rich?

Live in a beautiful house?

See what I did there?

And it’s one of the more notable tactics used in tele-sales ads back in the day.

(You know, the ones selling magic stain removers).

It’s a bit of mind trickery.

Inevitably painting a picture where all your dreams can be realised...

Making you think this person truly understands you and your needs.

By the time they switch to selling you the product…

You’re so used to saying ‘yes’ that you find it hard to say ‘no’.

The commitment and consistency bias makes it difficult to change your position.

Remember this as you make financial decisions in the future.

‘Crypto: everyone else is doing it and making loads of money’.

While following the crowd can have its benefits…

There are a few dangers to look out for.

These trigger market booms and busts.

Just a quick look back at Bitcoin and you’ll see what I mean. 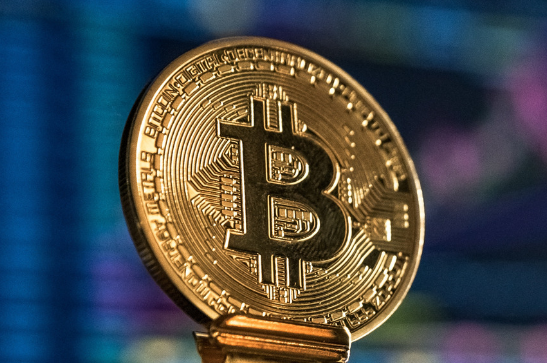 Everyone jumped on the bandwagon and it boomed…

Only to stabilise a few months later.

When it comes to investing, it’s best not to follow trends.

Instead, opt for long-term diversified portfolios that will minimise risk.

And safeguard you during ups and downs in the market.

When someone does you a favour, do you feel the need to repay them?

This is reciprocity bias.

It may be the most difficult of the 6 principles of influence to ignore.

It feels unnatural to not help someone that’s helped you.

However, financial tricksters can use this bias to get you to buy their products.

Without any concern for your goals and financial responsibilities.

A game of golf at a prestigious club… 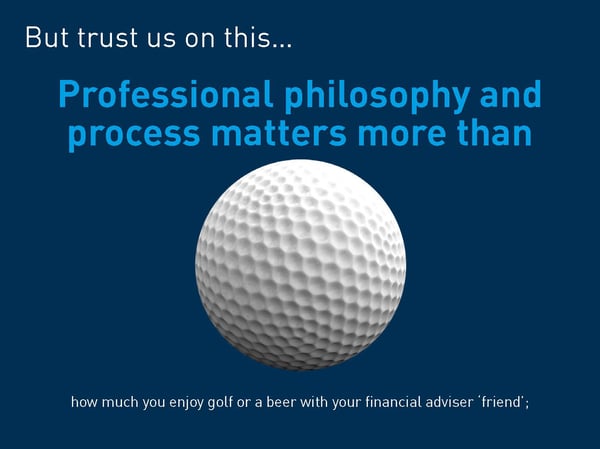 Dinner and drinks at an impressive restaurant…

A free gift when you provide referrals.

All of these may encourage a need to return the favour.

It’s important to not be misled by supposed acts of kindness.

A free round of golf won’t make up for your losses if you make the wrong financial decision.

People would rather do business with those they like.

However, you should realise ‘friendship’ or perhaps ‘misplaced trust’…

Is the single most common reason for those whose hopes and dreams were dashed by expensive, inflexible and poorly performing products…

Punted to them by ‘friends’.

Friendship is the snake-oil salesperson’s most common weapon of deception to ordinary investors.

After all – it’s easy to trust people we like.

Many tips are easily learnt in self-help books such as Dale Carnegie’s ‘How to Win Friends and Influence People’.

There’s nothing wrong with learning these methods.

Or, putting them to use.

The problem comes in when they influence our decisions.

Get us to buy into something we wouldn’t otherwise give a second thought to.

See the value in something that’s misaligned to our individual needs.

It’s human nature to overlook flaws in people we like.

The good overshadows the bad.

But we shouldn’t let our guard down.

Especially if they are giving you financial advice.

Regardless of how charismatic, trustworthy and friendly you believe someone to be - do your due diligence before signing on the dotted line.

Look under the bonnet.

And, read unbiased expert reviews to give you a better perspective.

This supermarket tactic is also used by financial salespeople.

‘Special offer for a limited time’.

This forces you to make a decision under pressure.

Which means, you’re far more likely to rely on the emotional part of your brain than the rational one.

It can also make you feel special, as you’ll have access to an elite or limited product.

In some ways, this may even warrant its high cost and fees.

Here’s an example I was sent last week by a firm announcing a new ‘special deal’ to buy a fund.

Their mirror fund charge is another 1.2% on top.

Perhaps not that bad until you realise the price we buy this fund at is 0.5%.

‘Bonus units’ are another classic example.

Sometimes scarcity can be a good thing.

It may mean the company is particular about who or what they let into the business.

Which shows a strong commitment to company values and ethics.

So, while this bias is not all bad, use your discretion and go with your gut instinct.

How to avoid being influenced

The first step is recognising the problem.

(I hope we’ve covered that already with this list).

The second is identifying each influence as it potentially happens and carefully considering your response.

And if you feel you may be persuaded into purchasing a product you’re unsure of, getting a second or even a third opinion from a regulated financial planner never hurts.

It may even save you money down the line.

You can give us a call and we’ll happily give you an unbiased review of your portfolio. It might give you a clearer picture of what you’re being sold.