[Estimated reading time: 5 minutes - Read while you decide what to do with your weekend]

Some years ago, two expats in the UAE decided to start investing, with the aim of a wealthy retirement.

Mark and James were very much alike:

Today, Mark and James are still very much alike in many ways.

But there’s a difference.

Mark has retired already, even though he’s only just fifty, and he’s enjoying the time of his life in Dubai’s perpetual playground, playing golf every day with his friends.

James is in Dubai too…

What made the difference?

Have you ever wondered what makes this kind of massive financial difference when it comes to investing?

It isn’t intelligence, talent or luck.

It isn’t that Mark wanted to succeed and James didn’t.

The difference is, Mark decided he needed a solid and reliable investment solution, backed by research and evidence. 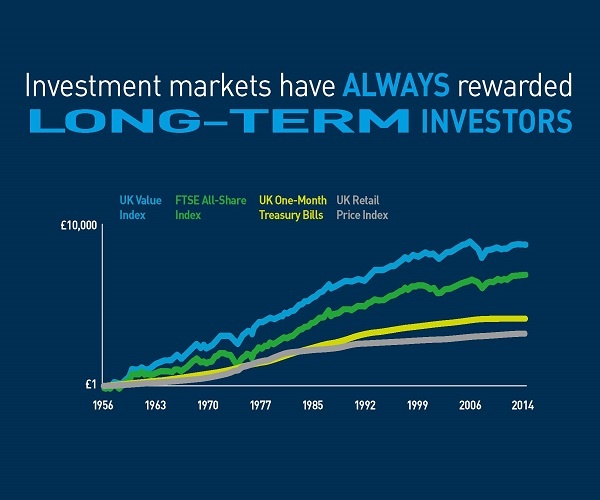 So, he decided to go for a passive, evidence-based investment approach, rather than trying to guess and time the market.

And, because Mark was a busy executive who knew he wouldn’t have time to worry about his investments every day, he took the approach of ignoring financial news, investing regularly, and leaving the management of his passive portfolio to a professional.

He chose a chartered financial adviser who shared his passion for passive investing, established a well-diversified portfolio of exchange-traded funds, and got on with his life.

On the other hand, James just wanted to save as much time, effort and money as he could, so chose a financial salesperson who offered his services for free.

It was a one stop investment solution – quick, simple and seemingly free…

James figured he could always upgrade and employ a personal wealth manager to stock pick once he’d made some serious gains.

But the first time James received a portfolio valuation, he saw his pension and investments had shrunk because of massive fees he’d had no idea he’d have to pay.

And it got worse.

The risky and badly diversified investments inside his bond crashed, wiping out over half his fund’s remaining value.

At that point James panicked, and decided he needed to claw back what he could before he lost the lot.

He emailed his 'adviser' and told him to cash in the bond, and pull his money out of the failing funds.

Or so he thought.

But his email was returned by the Customer Satisfaction Team – it turned out, the salesperson no longer worked for that brokerage, and if James wanted to encash, the offshore investment bond and underlying investment providers still had fees and charges they’d need to claw back first …

Meaning the money James had already lost was only the start of it.

Instead, the Customer Satisfaction Team suggested James speak to a new 'adviser' at the brokerage, who in turn suggested James transfer what little money he had left into much better investment funds…

And top up to make up for lost time…

James decided to make the best of a bad job, and took the recommendations – after all, he wasn’t the financial expert.

He decided to trust the new 'adviser'; he was giving his time for free to try and help James get back on track. 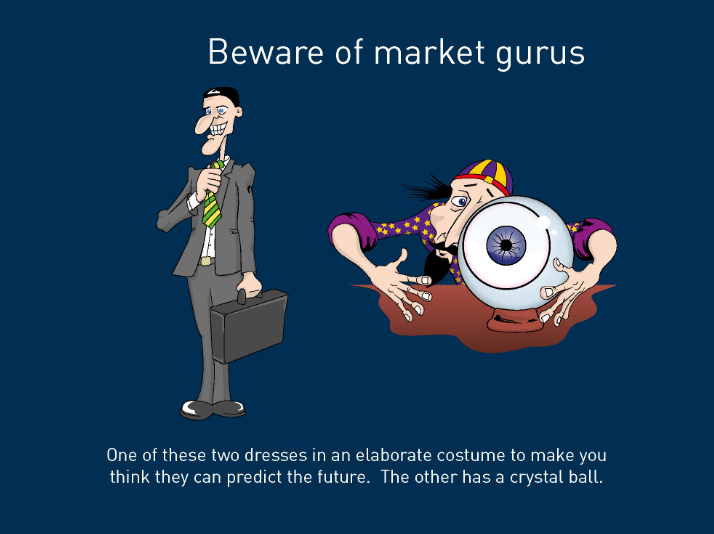 The salesperson assured James that the new funds he was recommending had a fund manager with a very successful track record, who knew when to buy and sell to beat the market and capture the biggest gains.

But all James did by transferring and topping up was expose his money to more risks and more charges.

When his next portfolio valuation came through, James felt defeated, and the indifferent response he got from the brokerage was the final straw.

Fortunately, James still had his job, his health and his visa to live and work in Dubai.

So, although his trust was destroyed and his financial wellbeing undermined, today James is managing to save some money each month into an account back home.

An investment approach unlike any other

Mark managed to avoid all that pain, simply by starting with a passive investment strategy.

He avoided high and hidden costs, the stress of trying to time and beat the market, and the risks of being badly diversified.

He also chose a chartered financial adviser whose interests were entirely aligned with his own interest, who charged a transparent fee for his ongoing advice and portfolio management services.

As a result, there was no clawing back of hidden commissions from Mark’s invested wealth, no expensive fund switches, and no need for Mark to worry about being abandoned by his adviser.

Evidence-based financial advice was only the beginning.

Plus, Mark was free to access his money whenever he wanted.

An investment in success

Take a look at how a low cost, passive investment management approach could financially benefit you, with a no-obligation consultation and portfolio review today.

We’ll show you if you can cut your investment costs and get better results.

If you don’t like what we have to say, you can just walk away – no cost, no commitment, no problem…

You have nothing to lose and everything to gain – unlike James…

P.S. The first person to take me up on this offer and name the classic sales letter this blog paid homage to gets a gold star!