Secrets of a self-interested industry laid bare: an enlightening interview with The Evidence-Based Investor

[Estimated reading time: 9 minutes, 57 seconds - while you eat your toast]

What can a British journalist, who’s spent time reporting from Iraq and Guantanamo Bay, teach anyone about being a successful investor?

Well, the answer in the form of Robin Powell, a.k.a The Evidence-Based Investor, is actually a hell of a lot!

Until 10 years ago, Robin was a broadcast news journalist working for SKY, the BBC and ITV.  He travelled the world, reporting from war zones and covering current affairs…

But when he was commissioned to make a documentary for a UK based wealth management company, his entire career changed overnight…

Today, Robin is one of the most articulate and tenacious voices in support of evidence-based investing, and his quest to bring transparency to the financial services industry is relentless. 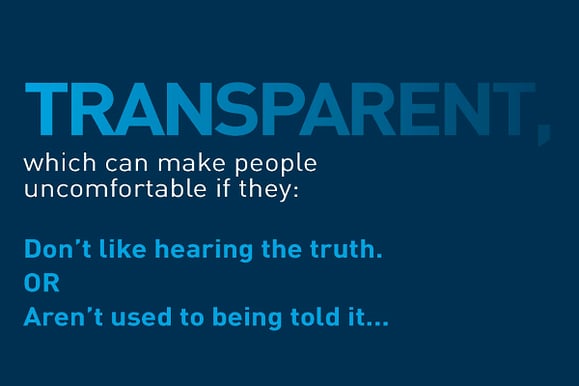 Sam Instone (SI): As a journalist, you’ve had a varied career, can you describe the journey that led to the formation of your current beliefs - why are you SO passionate and tireless in your work?

Robin Powell (RP): I’m not a financial professional, I’m a journalist - I didn’t even specialise in anything remotely connected to what I write about now.

I was a news reporter – but I was always interested in investment management, thought I knew something about it, but it turns out I didn’t.

I left mainstream journalism 10 years ago and created a content marketing company, and one of our first clients was a wealth management company in Birmingham that had an evidence-based approach to investing.

I was fascinated – but it’s fair to say I was sceptical too.

I was amazed that there was all this information out there about how to invest - and yet the vast majority of investors invest in a way that has no basis whatsoever in academic evidence.

"What’s more, we have an entire industry that’s trying to encourage people to invest in the wrong way.

I still find that quite staggering."

For me, as a journalist, I’ve worked on exciting stories…but in many ways, this is the biggest story of all – how a hugely powerful and lucrative industry is acting in its own interests to the detriment of hundreds of millions of investors around the world. 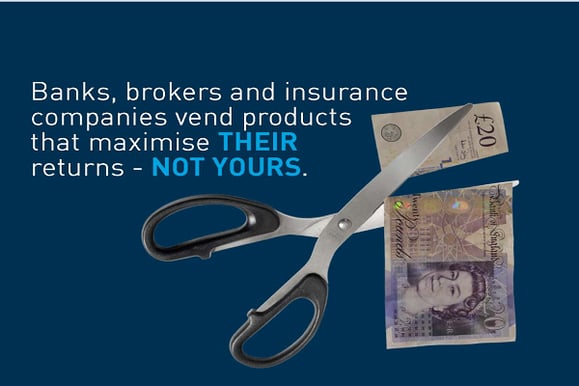 So, it’s become my life’s work to help educate investors and financial professionals and to change the industry for the better.

SI: Your beliefs often challenge the status quo of the well-established, highly profitable financial industry, and in doing so often elicit negative reactions.  What are the biggest obstacles you have overcome?

RP: When I started challenging active management and the assumptions of the financial media about the best way to invest, at first nobody seemed to take much notice.

Those who did often found it amusing. I was subjected to ridicule – which I didn’t particularly mind.

But as it became clear that I wasn’t going to let this go and I was going to carry on presenting the evidence, some people became more and more irritated.  And some were really quite unkind.

Precisely the same thing happened to Jack Bogle – when he launched the first index fund in the US in the mid 1970s he was ridiculed – they called it Bogle’s Folly.

There must have been times when Bogle wondered about the wisdom of doing what he did – but he knew the evidence.  He persevered.  And tens of millions of investors around the world are very grateful that he did.

SI: You recently attended EBI West and interviewed The Reformed Broker among others…
Our community of evangelists still feels small.  Who are the names and what are the publications, resources and organisations you hold in highest regard within it?

RP: You mentioned one thought leader there, Josh Brown, a.k.a. the Reformed Broker. In my experience, the most articulate and powerful advocates of evidence-based investing are those who have seen investing from the other side.  And Josh is a really good example of that.

He has a way of getting across important messages in an engaging, accessible and often very amusing way.  He has done a great deal for the evidence-based investing cause.

Someone else I hold in very high regard is Barry Ritholtz – who has built a whole firm in New York on high quality content.  He ensures he recruits advisers who are good communicators too — people like Ben Carlson, Michael Batnick and Tony Isola.

I also have huge respect for Mark Hebner from Index Fund Advisors. In terms of quality and quantity, the evidence and the content on his website is unmatched anywhere in the world.

There are other advisers in other countries who are acting as thought leaders – I cite you Sam, in Dubai.  And then there’s David Haintz and David Andrew in Australia, Nick Stewart in New Zealand and Steven Nathan in South Africa…

You are all playing an important part in getting the message out there.

"As a journalist, I have huge admiration for fellow journalists who have explained the problems with active management – and who are steering investors in the right direction."

It often involves the journalist effectively having to bite the hand that feeds them!

There’s Jason Zweig on the WSJ, for example. Here in the UK, the Financial Times has done more than any other mainstream newspaper to highlight the problems in the fund industry.

SI: The content you produce in video, blogs and other media is of the highest quality.  It has the power to change lives and save investors millions of pounds.

Why do you think more investors or those involved in the wealth advisory profession don’t engage with it?

RP: Sadly, the answer is obvious.  All human beings, and I include myself in this, are incentivised to act in a certain way - and when faced with evidence that conflicts with what we think are our best interests, we often either ignore it, or we strive extra hard to counter it. 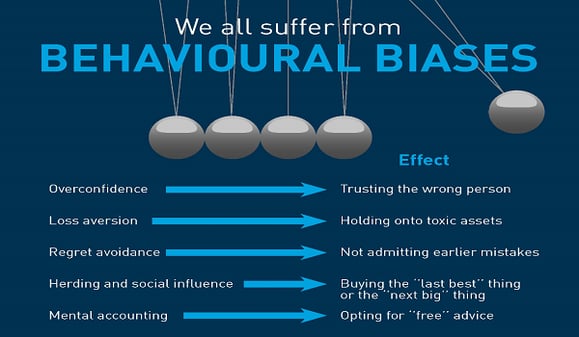 This is an inconvenient truth for large sections of the financial services industry, that beating the market is extremely hard to do net of fees over the long-term.

"Investors have been almost hypnotised to think they can do it, but in my experience, there is no one who can reliably and consistently spot in advance those 1% of fund managers or so who will outperform, net of fees, over the long term.”

Obviously, fund managers are threatened by what we are saying, and many advisers are too — especially those advisers who have built their value proposition on this idea that they can somehow pick the best managers!

All the evidence shows that trying to pick the best managers - this search for alpha, or outperformance - actually leaves the investor with lower net returns.

SI: What’s the one thing about money that you wish you’d learned earlier?

RP: I wish I had learned that, contrary to what the industry and the media wants us to believe, it simply isn’t necessary to beat the market.

If you are patient enough, market returns are actually remarkably generous.  All the investor needs to do is capture near enough the market return - and they will be just fine.

SI: We work in the international financial industry, which is several decades behind more developed markets, and somewhere evidence-based investment doesn’t really exist.

We are amazed that others don’t share our passion, and that expats often seem content with expensive and inflexible investments that don’t work…

What is the most critical piece of advice we, as educators for expatriates, need to keep sharing to cut through the noise of an otherwise self-interested industry, in your opinion?

RP: The advice market for expats is riddled with problems.  Some of the worst examples of adviser malpractice have been in expatriate markets.

For me, the most important lesson is that investing works in completely the opposite way to most other goods and services.

If you think about it, with almost everything else we buy, we tend to get a better product or service the more we pay for it.  With investing the opposite is true. Generally speaking, the less you pay to invest, the more you get to keep for yourself.  That is a counter-intuitive message, and people find it very difficult to understand.

Something else I’ve noticed is that the older generation has been remarkably trusting of financial advisers in the past.  They have been impressed by brand names and by big investment and advice firms…without asking too many searching questions. 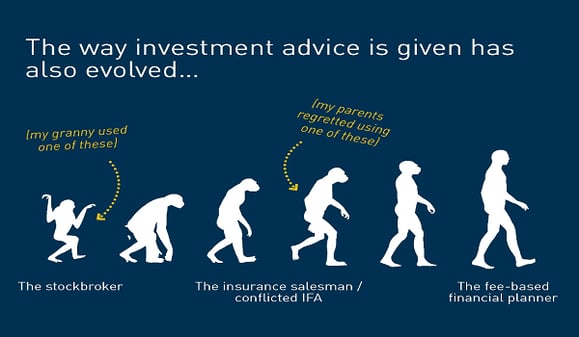 If someone says their advice is free – they don’t question that, they don’t wonder how an adviser who doesn’t ask for a fee can make a living!  And so, the hidden commissions and opaque fee structures remain buried.

The encouraging thing is that the younger generation seems more determined to find out what the evidence says.

"And we should simply encourage expats to question what their advisers are telling them."

SI: What can other professional wealth advisory firms around the globe do to create positive change and further improve the industry from the inside?

RP: Client education is really important.  Barry Ritholtz says the reason why he blogs is that he feels he needs to push back against the daily firehose of BS coming from the investing industry, and it’s the same for me.

We are bombarded on a daily basis by myths from the industry – both myths about indexing and evidence-based investing, and myths about active management and what you can expect it to achieve.

"Advisers need to be telling investors how it really works."

Another key area for me is transparency.

Part of the problem is that investors at the moment are not able to make a fair comparison between different funds, or between active and passive, simply because of the opacity surrounding fees and charges. 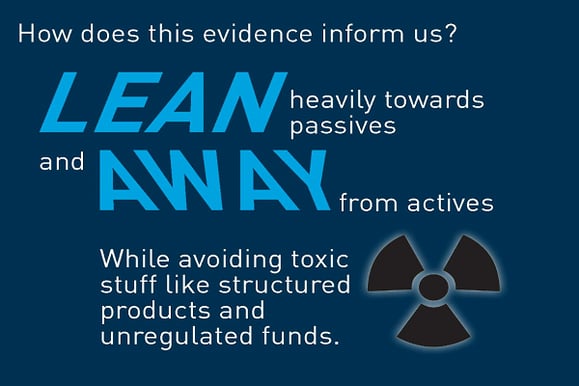 The industry is fighting tooth and nail to hide the full extent of fees and charges from consumers.

I am very proud to work as an ambassador with the Transparency Task Force, which is doing great work in encouraging the industry to give clients a much clearer picture about what they are paying, and what kind of value they are receiving in return.

When the industry is transparent, it really will become clear that an investor’s best interests are served by avoiding high fee actively managed funds altogether, and putting their faith in evidence-based investing.

SI: What is your long-term professional ambition - in the words of Jim Collins, your ‘BHAG’ or Big Hairy Audacious Goal - and how is your progress towards this measured?

My ambition is simply that when I stop working I can look myself in the eye and say I have been of value to people.

On a bigger level, I would like to play my own small part in the campaign for a fairer more transparent and more client focused investing industry.

"Evidence-based investing is growing especially fast in the US, but there is still much more progress to be made in the rest of the world."

I am clearly very keen that UK advisers start getting this message.

Another ambition I have is that we can restore faith in the financial advice profession.  Not everyone needs a financial adviser – at least not all of the time – but there is no one who wouldn’t benefit from good financial advice.

The reputation of the advice profession seems to be at an all-time low.  But an adviser is potentially the most important link of all in the value chain.  I want to help advisers to communicate that value to prospective clients.